Spending by international visitors in the US dropped nearly 1% largely due to stagnating visitor arrivals from China; OYO China CFO said that the firm will think through profitability models in China.

The World Travel & Tourism Council reported that spending by international visitors in the U.S. dropped nearly 1% year-over-year to $198.8 billion, largely due to stagnating visitor arrivals from China. Chinese visitors generally contribute about 11% of tourist spending in the US.

A Chinese newspaper reported that Chinese tourists were having second thoughts about traveling to New Zealand due to reports that the New Zealand government might bar Huawei from the country’s next-generation wireless networks. However, the younger, richer and more educated Chinese travelers have proven to be more independent in their consumer choices than prior generations, according to a Bloomberg report.

Some 22.5 million, or 56% of the 40 million outbound trips from mainland China in the last quarter of 2018, ended in Hong Kong, Macao or Taiwan, according to the latest quarterly statistics published by German-based China Outbound Tourism Research Institute on February 26, 2019.

China’s National Public Credit Information Center said 17.5 million people had been stopped from buying airplane tickets and 5.5 million barred from hopping on a train in 2018 because they had low “social credit” scores. Since 2014, China has been testing out a social credit system that deduct points from people for minor offenses.

Chinese travelers made 27% more bookings for trips to Vietnam in 2018. The number had grown 35% in four years. There are 30 cities in China providing flight services to Vietnam, up from 26 just two years ago. The number of routes has grown from 53 in January 2017 to 64 this January.

In an exclusive interview with ChinaTravelNews, Mr. Wilson Li, OYO China’s chief financial officer and partner, said that OYO would definitely think through the hotel operation and money-making models. “We know that speed, manpower efficiency and scalability are equally important. What’s not going to happen this year is that we will only manage to keep 5,000 of the 10,000 hotels signed in 2018.”

Trip.com has been actively expanding its services and plays an increasingly important role in Ctrip’s globalization plan since acquired by Ctrip in November 2017. Ms. Lynn Qu, Vice President of Product of Trip.com, said the company values not only the variety and pricing of their supply but also service localization. She also promised that Trip.com will continue to be more competitive in pricing, coverage, customer services and user experience, as well as expand to more countries and regions while consolidating existing markets.

Fosun Tourism Group projected last month that the group might return a net profit of no less than RMB 350 million for the year ended December 31, 2018 in its financial results scheduled for next month. Mr. Jim Qian, Chairman & CEO of the Fosun Tourism Group said that Fosun Tourism would never list everything on the website as online travel agencies (OTAs) would do. “We only sell what the customers really need.” He believed that it only made sense for travel service operators to expand their capacities based on customers’ needs and destination attributes.

Fliggy, backed by Alibaba's powerful ecosystem, said it had been operating differently from typical online travel agencies (OTA) in China and wanted to be a travel service platform which enabled merchants to build direct relationships with Chinese consumers. Ms. Angel Zhao, President of Alibaba Global Business Group, Senior Vice President of Alibaba Group and President of Fliggy, said that in line with Alibaba’s goal to “make it easy to do business anywhere” in the world, Fliggy aimed to “make it easy to do travel business anywhere” in the digital era.

Hyatt and Homeinns Hotel, which is under the BTG Hotels Group, have formed a strategic joint venture to create a new hospitality brand positioned to compete in the currently underserved upper midscale segment in China. The joint venture is expected to unveil hotels under the new brand across Shanghai, Beijing, Guangzhou, Shenzhen and other gateway cities in China in the next five years.

Germany-based Bookingkit has cooperated with Ctrip to integrate tours, activities and events content into the China-based online travel agency’s listings. Bookingkit customers will be able to promote their tours to more than 300,000 Asian tourists and offer real-time bookings.

Ctrip has also agreed on a deal with TUI, whose Destination Experiences unit will develop exclusive excursions and day tours led by Chinese-speaking guides for some destinations. 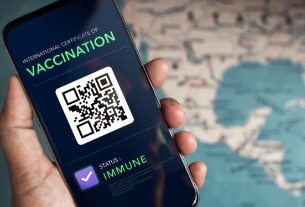 Vaccination is key to bringing tourism back from the brink, industry leaders say
©2022 广州力矩资讯科技有限公司 粤ICP备06070077号
Tell us more about yourself!