Around 90% of staff at Cathay Pacific agreed to take unpaid leave in a second round of cost-saving measures; Chinese hotel chain Huazhu recorded a 15.7% drop in Q1 net revenue.

>> Canada has updated its travel advice for Hong Kong, saying the new national security legislation enacted by China could put Canadians at an increased risk. In an update on its website, Travel Canada said Canadians in Hong Kong “may be at an increased risk of arbitrary detention on national security grounds and possible extradition to mainland China.”

>> Chinese tourists' interest in visiting Bali could lead its initial recovery phase, with the popular Indonesian island expected to receive the first wave of Chinese travelers as soon as the fourth quarter this year, according to a C9 Hotelworks’ survey. Out of the six million overseas tourists Bali hosted last year, China made up 19% of the total. About 35% of Chinese travelers think that Bali is a safer holiday destination than other places during the present situation, according to a survey that sampled 1,041 respondents in first-tier cities in China last month.

>> The Japanese government is moving to ease reciprocal travel restrictions with Taiwan, South Korea and China, starting with business travelers, sources said. Talks on the issue are expected to start as early as this month, and the government may add other countries, Brunei and Myanmar included, in similar negotiations. Visitors from Taiwan, South Korea and China would be obliged to undergo diagnostic testing for COVID-19 when they enter Japan, not just prior to their departure to Japan.

>> Chinese companies may have made significant inroads into several sectors in India. Relatively unknown, however, has been their growing role in the Indian aviation industry. About 20% of the aircraft operated by Indian carriers have been leased from Chinese lessors. Nearly all Indian airlines, including IndiGo, SpiceJet, GoAir, Vistara and AirAsia India have leased planes from Chinese players. Only national carrier Air India is not on the list.

>> Around 90% of staff at Cathay Pacific have agreed to take unpaid leave in a second round of cost-saving measures, with management saying the company’s recovery from the coronavirus pandemic would be a “slow” one. CEO Augustus Tang Kin-wing said even more employees signed up for a further six months of pay cuts from July until the end of the year.

>> Major Chinese hotel chain Huazhu Group said it recorded a 15.7% drop in net revenue in the first quarter this year. Excluding its German subsidiary Deutsche Hospitality, net revenue declined by 46%. Huazhu expects net revenues to decline 32% to 34% year-over-year in the second quarter of 2020, or 35% to 37% if excluding the addition of Deutsche Hospitality.

>> More than 90% of the city's cultural and tourism industries have resumed operation, Yu Xiufen, director of Shanghai Municipal Bureau of Culture and Tourism, told a radio program on Tuesday. More than 300 exhibitions will be held in Shanghai in the second half of this year as cultural venues in the city gradually resume operation. Nearly 6,000 hotels and 1,400 travel agencies in the city have also resumed operation. About 13,700 tour groups organized by travel agencies in Shanghai have been canceled, affecting 266,700 tourists.

>> China's Hainan province will increase its annual tax-free shopping quota for travelers, according to the Ministry of Finance. With effect from Wednesday, the quota will be raised to RMB 100,000 (USD 14,123) per person each year from the current RMB 30,000. The policy adjustment will greatly improve consumers' shopping experience, release policy dividends and enhance confidence in the development of the Hainan Free Trade Port, said the authority. 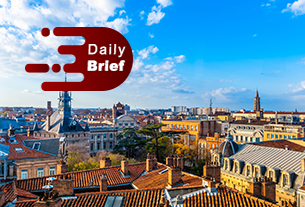