>> The Industrial and Commercial Bank of China (ICBC) signed a strategic cooperation agreement with the country's Ministry of Culture and Tourism to assist cultural and tourism businesses in Beijing which have been impacted by the coronavirus outbreak. ICBC plans to provide up to RMB 100 billion (USD 14.5 billion) in financing and credit to these businesses for them to resume work.

>> Meituan's revenues from in-store, hotel & travel businesses increased 38.4% to RMB 6.4 billion for the fourth quarter of 2019. Gross profit from the segment rose to RMB 5.6 billion for the quarter, while gross margin increased to 88.8%.

The Tencent-invested lifestyle services provider recorded 110 million domestic hotel room nights in the fourth quarter, up by 74.4%. Total hotel room nights for the year increased 38.2% to 392.4 million in 2019.

Meituan expects negative year-over-year revenues growth and operating loss for the first quarter of 2020 due to the pandemic.

Airbnb hosts in China are “confident” about market recovery

>> A survey by Airbnb showed that 99% of the hosts in China said they feel positively or neutral about engaging in the short-term rental market following the outbreak. Of the hosts with positive sentiments, 72% said they plan to maintain or increase their Airbnb hosting activity. In 2019, Airbnb host income and guest spending in mainland China generated USD 3.6 billion, a 61% increase over 2018.

>> Online tour guide provider Lvji Technology announced that its revenue increased 79.6% to RMB 541.8 million in 2019. Profit for the year grew 61.1% to RMB 160.8 million. The majority of the company's sale of online tour guides were through OTAs, accounting for 96.4% of Lvji's total revenue last year, while the sale through Lvji's own APP contributed less than 1% of total revenue.

>> Top Shanghai tourist attractions that had reopened earlier this month following the peak of China’s deadly coronavirus outbreak were ordered on Sunday to close again to prevent its spread. The move includes popular Shanghai Tower and Oriental Pearl TV Tower, along with scenic cruises along the Huangpu River through the heart of the city.

All domestic airlines are allowed to operate only one flight to each country per week, while foreign aviation companies will keep only one route to China and there should be no more than one flight per week for each.

There were around 1,071.9 million transactions processed with TravelSky’s accounting, settlement and clearing system and 432.8 million BSP tickets processed with its BSP data processing services.

>> OAG senior analyst John Grant said the company is hopeful that a slow-down in capacity reductions in China may be the “green shoots of recovery”. Capacity across the world was down 29% for the week ended March 21, compared to last year.

“The rate of reductions is slowing in China and South Korea, so we’re hopeful these are the green shoots of recovery.” Grant said. China Southern is operating with an average of 60% load factors.

>> Shanghai-headquartered hotel group Jin Jiang Hotels' operating revenue grew 2.73% to RMB 15.1 billion (USD 2.1 billion) in 2019. Jin Jiang Hotels, a subsidiary of Jin Jiang Capital, entered into a buyout agreement with Jin Jiang International, which agreed to purchase the guest rooms and related services that are expropriated by local governments for prevention of the COVID-19 epidemic in the hotels which are wholly owned or controlled by Jin Jiang Hotels and its subsidiaries. 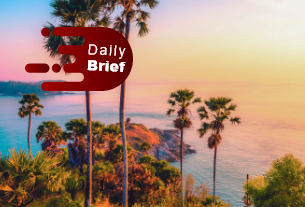