There are 50,000 listings available in the country, with another 23,000 rooms in hotels and traditional inns known as ryokan, Airbnb said in a statement on Thursday.

Airbnb Inc. says it’s back in business in Japan, a year after stricter short-term lodging regulations forced it to freeze a major portion of its listings in the country.

There are 50,000 listings available in the country, with another 23,000 rooms in hotels and traditional inns known as ryokan, Airbnb said in a statement on Thursday. That compares with 60,000 total in June 2018, when the new short-term lodging rules went into effect.

While Airbnb is no stranger to clashes with regulators, it had tried a more cooperative approach in Japan. Still, the government set a deadline for hosts to register and then in June 2018 forced those that were unregistered to cancel reservations two weeks ahead of that date. Listings plunged by almost 80 percent to just 13,800, the Nikkei newspaper reported at the time.

Airbnb said Thursday that partners in the market had grown to more than 117 companies, including property developer Panasonic Homes Co. and real estate brokerage HouseDo Co. While the exact details of the agreements are yet to be decided, the companies may help supply a pipeline of properties for lease or purchase that are home-sharing friendly, said Yasuyuki Tanabe, Airbnb’s country manager for Japan. 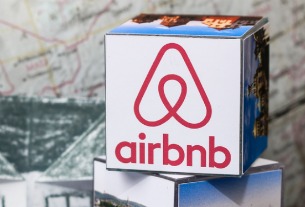 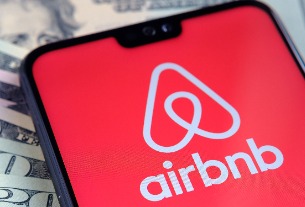