China to allow U.S. citizens to travel to China via transit

China will loosen entry restrictions on U.S. citizens, allowing entrance in case of transit via a third country, notices issued late on Friday by the Chinese embassy in Washington said, relaxing rules imposed in Beijing’s drive to curb COVID-19.

Four Chinese airlines said on Friday (July 1) that they will buy a total of 292 planes from Airbus in a US$37 billion (S$52 billion) windfall for the aviation giant, as the industry rebuilds after the coronavirus pandemic. Air China and its subsidiary Shenzhen Airlines confirmed the purchase of a combined 96 A320neo planes, according to separate filings.

China Tourism Group Duty Free Corp., the world’s largest travel retailer, is set to relaunch a planned Hong Kong listing that could raise around USD 2 billion to USD 3 billion. The offering could launch as early as August or September.

China Eastern Airlines, one of the country’s ‘Big Three’ carriers, will invest RMB 22 billion (USD3.3 billion) to build a series of aviation projects, including a one-stop air logistics hub for the Asia-Pacific region, in the Lingang New Area, part of Shanghai’s pilot free trade zone.

Trip.com operates with a start-up mentality in Europe “building from scratch” but with the backing of 10,000 IT engineers in Shanghai, according to the company's general manager for Europe Andy Washington. The former Expedia, lastminute.com and Cosmos senior executive said targeting expansion in Europe for trip.com was an opportunity for the Chinese OTA giant to invest in its technology and its app.

China is expected to see 520 million railway trips during the upcoming summer travel rush that will kick off on Friday. This year’s summer travel rush will last for 62 days from July 1 to August 31, according to the China State Railway Group.

China's civil aviation market is experiencing an accelerated recovery on the back of rising flight volume, with domestic summertime ticket bookings surging about 300% over the past week and market watchers predicting that China is witnessing a turning point as more cities are moving to lift travel restrictions. Increased demand has also driven up flight prices.

FreeD Group (parent of TravelFlan), a Hong Kong-based software company that has built artificial intelligence-powered chatbots and recommendation engines for clients including Samsung Electronics and Marriott International, has raised USD 15 million in a new funding round led by a Daiwa Securities Group fund. The capital infusion will allow the customer-service software company to expand further into Southeast Asia and the Pacific by adding offices in Indonesia and Thailand and expanding its Singapore operation.

Smart Order (locally known as DingDanLaiLe), an alternative accommodation PMS solution provider in China, has secured RMB 50 million (USD 7.4 million) in its latest financing round. Led by the Anji county government in eastern Zhejiang province, the round also had Trip.com Group as an investor. 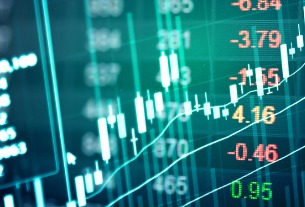 CTG Duty Free slips after biggest Hong Kong listing of the year
©2022 广州力矩资讯科技有限公司 粤ICP备06070077号
Tell us more about yourself!