>> Local authorities in many Chinese cities have launched a series of measures to encourage citizens to avoid travel and stay in the cities where they work during the holiday, as a travel rush could elevate the risk of virus transmission amid outbreaks seen in several Chinese cities recently.

>> Aviation safety experts increasingly see only a few plausible reasons why a China Eastern Airlines Boeing 737-800 plunged into the ground on 21 March, killing all 132 people aboard. Details about the crash remain sparse, but the information available seems to suggest either that the jet suffered some type of incredibly unusual flight-control problem, or that one of its pilots put the 737 into a dive.

>> Cathay Pacific flights from London to Hong Kong -- once the carrier’s top long-haul route -- will go from as little as two a month to as many as three a day in June as the airline attempts a rebound of sorts from Covid-19. Prior to the pandemic, Cathay used to fly to London’s Heathrow Airport five times a day.

>> Global airline capacity has surged to its highest level in 2022 this week because of a rebound in Chinese domestic demand despite extended lockdowns in Asia's biggest aviation market, travel data firm OAG said on Tuesday. Shanghai's COVID-19 lockdown has dragged into a fourth week and mass testing orders in Beijing have sparked fears that the Chinese capital could be destined for a similar fate. But global airlines have added 2.5 million seats in the week to Monday, nearly half of which are in China.

>> Hainan’s transformation into a free-trade port will open new doors for trade between China and Asean. Beijing plans to turn the 35,000 sq km island into the world’s largest free-trade port by 2035, using lower taxes to attract investors, businesses and individuals, and looser visa requirements to lure foreign tourists and talent. It plans to have an independent customs regime in place by 2025. 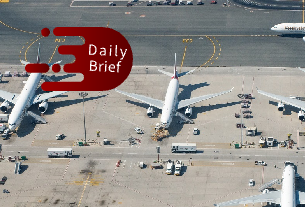 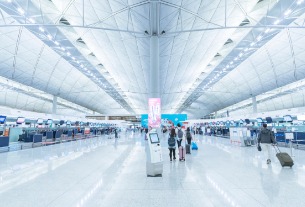