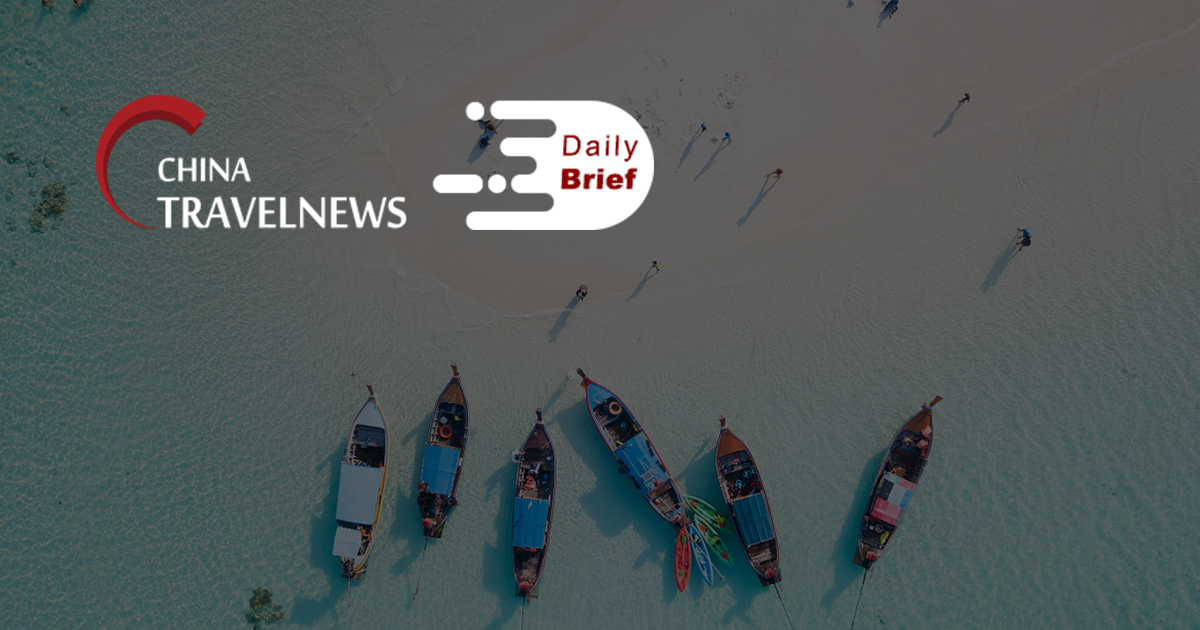 >> China's COVID-19 outbreak in Fujian province, which has reported 152 local cases in five days, has prompted cities in other parts of the country to issue travel warnings ahead of major holidays, though state media warn against imposing blanket travel curbs.

>> While announcing a recapitalization plan, corporate travel giant CWT's CEO Michelle McKinney Frymire told ChinaTravelNews that the company will accelerate its investments in the strategies including innovation, product and service development, as well as continuing to invest in the successful joint venture in China.

>> Resort chain operator Club Med is looking to expand in Southeast Asia, eyeing properties in Thailand, Vietnam and Indonesia as it anticipates an aggressive travel rebound in Asia-Pacific after the pandemic ebbs. Despite the Covid-19 pandemic ravaging the global tourism industry, Club Med, owned by Hong Kong-listed Fosun Tourism, has continued to aggressively open new resorts.

>> Universal Beijing Resort said that "abnormalities" occurred in the ticketing system while conducting real-time inventory updates for the Universal Express Pass, resulting in problems with the confirmation of orders. "We sincerely apologize for the inconvenience caused by this situation," the company said.

>> China is permitting chartered flights from Germany, France and Italy organized by their chambers of commerce to bring back employees stranded due to Covid-19 but it is yet to decide on extending the facility to hundreds of Indians stuck back home.

>> The Danish Embassy in China held a press conference on Wednesday afternoon to introduce their newly built Hans Christian Andersen museum to Chinese audiences, wishing to attract more tourists amid a travel industry hit by COVID-19.

>> China’s leading ride-hailing app, Didi Chuxing, has seen its number of daily users fall 30% since its initial public offering in New York in June triggered a fierce backlash by Beijing. Didi shares have fallen more than 40% since the IPO and its rivals have begun to lure its customers with promotions.

Huazhu appoints new CEO while founder remain on board

>> Hotel group Huazhu announced that its founder Mr. Qi Ji will step down as CEO of the company for personal reason, but he will continue to serve as chairman of the group. Mr. Hui Jin, currently the president of Huazhu Group, will succeed Mr. Ji as CEO of Huazhu, effective October 1 this year.

>> ForwardKeys and Dragon Trail International have issued an upbeat view for China domestic travel, despite recent COVID-19 outbreaks that raised fears of a travel slowdown over the Mid-Autumn Festival (21 September) and the National Day holidays from 1 October. 43% of survey respondents said they would “travel cautiously,” up from 31% in Dragon Trail’s March 2021 survey.