Revenue from the aviation information technology services dropped more than 55% to USD 145 million during the first sixth months this year.

Revenue from the aviation information technology services dropped more than 55% to RMB 996 million (USD 145 million) during the first sixth months this year.

TravelSky Mobile Technology is the operator of Umetrip, a mobile app for flight management, check-in, flight information and other functions.

Upon the completion of the capital increase, TravelSky Mobile Technology's registered capital will be increased from RMB 60 million to RMB 189.8 million. It will be held as to 31.61% by TravelSky, 8.39% by Tianjin Yicheng Technology, 12% by China Southern Airlines Group, 12% by Eastern Airlines Investment, 12% by Air Traffic Management Investment and 24% by TravelSky Capital, respectively.

But the restructuring deals are yet to be completed, according to TravelSky's half-year financial report. 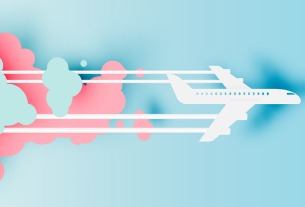 TravelSky sells a stake in its consumer-facing App to China Southern
©2020 广州力矩资讯科技有限公司 粤ICP备06070077号
Tell us more about yourself!