More than 25,000 flights to, from and within China will be canceled this week; online travel stocks fell as more countries limit travel to and from China.

ChinaTravelNews - As of February 3 at 23:58 in Beijing time (GMT+8), the coronavirus originated from Wuhan has killed 361 people and infected more than 17,345 people.

Japan quarantined a 2,500-passenger cruise ship that arrived at a port in Yokohama on Monday evening after a passenger on the vessel was found infected with a new coronavirus when he disembarked in Hong Kong late last month.

Three passengers that took a 4,000-passenger cruise from China to Vietnam in January have been diagnosed with the novel coronavirus, with a further two suspected of being infected.

Trip.com is extending a free cancellation policy for people traveling in or to China until Feb 29 for those affected by the current coronavirus outbreak, it said on Sunday. The Chinese online travel mainstay is reportedly looking at a secondary listing in Hong Kong. Its share prices on Nasdaq fell 13% in January.

Online travel stocks such as Booking Holdings, TripAdvisor and Expedia fell as airlines and governments across the world scrambled to ban or severely limit travel to China, the epicenter for the virus. Analyst Naved Khan said he sees the coronavirus as a "material risk to leisure travel", with Booking to see a "large impact".

Japanese authorities will deny entry to foreign nationals who have been to Hubei province - the epicenter of the novel coronavirus - in the past 14 days, even if they show no symptoms of the virus. Japan has 20 confirmed cases of the virus.

The United Arab Emirates announced suspension of flights to and from China — with the exception of the capital Beijing — in an effort to contain the new coronavirus. The suspension will come into effect on Feb 5.

Australia will deny entry to anyone arriving from mainland China except for Australian citizens, residents or their family members, and air crew. The country's largest airline Qantas Airways will suspend services to mainland China from Feb 9.

The U.S. is temporarily barring entry to foreign nationals who have visited China and pose a risk of spreading the illness, unless they are immediate relatives of U.S. citizens or permanent residents. Flights from China would be funneled through just seven U.S. airports.

India issued a fresh travel advisory on Monday urging people to refrain from visiting China. The statement also said that e-Visa facility for Chinese passport holders has been temporarily suspended. The ministry informed that e-Visa already issued to Chinese nationals was not valid temporarily.

Russia may deport foreign nationals if they have coronavirus, Prime Minister Mikhail Mishustin announced Monday, according to Russian state news agency TASS. There are two confirmed cases of coronavirus in Russia, and the country has already closed its entire Far East land border to prevent the spread of the disease.

Royal Air Maroc, RwandAir, Kenya Airways... Six out of eight African airlines with flights to China have suspended flights to and from China. In an earlier statement issued on January 25, the IATA said it “is closely monitoring developments related to the Coronavirus outbreak in Wuhan (China) and is actively engaged with the World Health Organization, ICAO and the US Centers for Disease Control.”

More than 25,000 flights to, from and within China will be canceled this week as more than two dozen airlines suspend services to the country because of the coronavirus outbreak. International capacity will fall by 4.4 million seats a week, resulting in the “most dramatic change in schedule” in such a short time, according to OAG Aviation. The loss in seats in the international market is equivalent to the entire Indian market.

The number of trips made in China over the Chinese New Year break plunged 73% to about 190 million compared to the holiday last year as people refrained from travel because of the outbreak, according to China’s Ministry of Transport. The number of people who went by train dropped 67% to 31 million and air travel passengers slid 57% to 8 million.

China Eastern Airlines has become the first major Chinese carrier to suspend flights to and from the United States. The carrier is canceling flights from Shanghai to Los Angeles and New York from February 2 through February 10, citing "the recent public health incident".

Hong Kong leader Carrie Lam announced new border closures over the Wuhan virus, amid intense public pressure to stop anyone crossing into the city from mainland China. That will leave all but three border crossings between Hong Kong and mainland China closed.

ChinaTravelNews will continue updating reports on the coronavirus outbreak and its impact on the travel industry. Stay tuned. 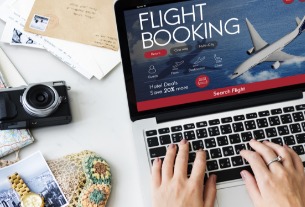 Asia is back. And so are deals for hotels, cruises, tours and more 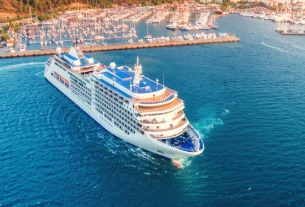 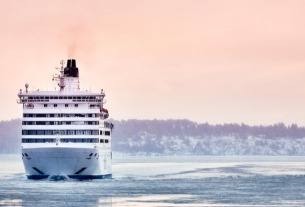