“In Q1, we grew profit and while investing in and growing our strategically important Experiences and Restaurants businesses”, said Chief Executive Officer Steve Kaufer. “This year we are focused on product improvements and supply growth to drive an even more engaged customer base and long-term revenue on our platform.”

Chief Financial Officer Ernst Teunissen added, “Q1 results were in line with our expectations and we remain on track to deliver fullyear double-digit consolidated adjusted EBITDA growth.” “Our new segment structure reflects our differentiated revenue and profit focus by segment, while leveraging unique assets and investing across a number of areas aimed at long-term, profitable growth.” 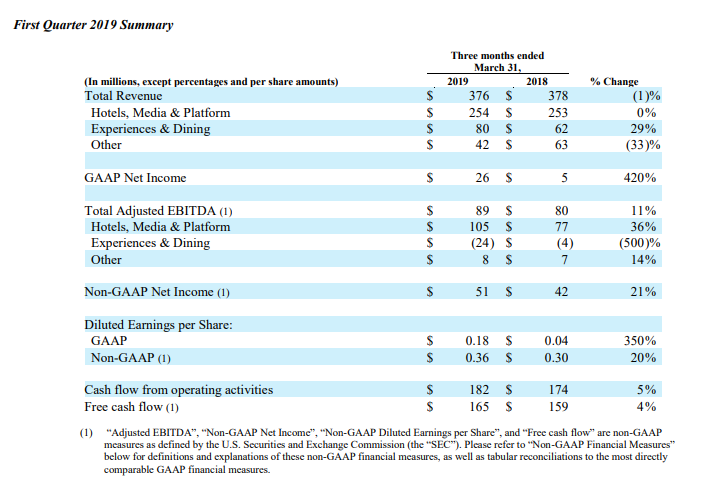  Other revenue decreased 33% to $42 million, primarily driven by the elimination of some marginal and unprofitable revenue within some non-TripAdvisor branded offerings, which reduced revenue and increased profitability.

 Cash and cash equivalents and short-term marketable securities was $811 million and there was no outstanding debt as of March 31, 2019.