Home > > How a meta-search engine is putting a new spin to garnering traffic in China?

How a meta-search engine is putting a new spin to garnering traffic in China?

At a time when traditional ways of user acquisition are being challenged, meta-search site iGola is looking at fresh ways of garnering traffic in addition to refining its product to stay relevant in the travel booking funnel.

ChinaTravelNews, Ritesh Gupta – The travel meta-search category is witnessing intriguing moves. This is being exemplified by equity partnerships featuring established OTAs such as Ctrip, Booking Holdings etc. opting to invest in travel meta-search engines and LINE's mobile messaging platform recent deal with the meta-search siteTravel.jp, based in Japan.

So where is the battle for user acquisition in the early stages of the booking funnel going? How are meta-search sites placed in China?

"Very difficult to answer from a pan-Asia perspective, this question is going to have different answers for different countries, say China vs. Indonesia/ Vietnam. As for what is important in the upper funnel (early stages of a travel booking), one needs to assess what drives mobile usage in a market like China. Also, with certain apps becoming extremely popular in a short span in China, take the case of social e-commerce platform PinDuoDuo (over 295 million active buyers at the end of March this year), it is not going to be easy for meta-search engines or OTAs to sustain stickiness of their apps. Travel e-commerce companies have to find effective ways to interact with those apps that are being used frequently by Chinese consumers. It is about effective partnerships," explained Ernst Hemmer, Senior Director Global Business Development & Statutory Director at Agoda.

From a meta-search perspective, Chinese company iGola recently chose to get associated with Douyin, a popular mobile-based 15-second video streaming app. It indicates the significance of being a part of a platform where content is being consumed and even ensuring that travel-related content is produced in a way that resonates best with today's audience.

Reaching target audience where they are present

"Douyin - be it for live streaming or vlogs - presents a great opportunity and tunnel for us to reach our target audience," mentioned Jessie Qi, CMO, iGola.

Association with Douyin can have multiple facets for travel brands - getting associated with influencers, running paid campaigns etc. "We launched paid campaigns in the recent past. We are also planning on sponsoring content on Douyin, like we have done on other live streaming platforms and Weibo," shared Jessie, who added that iGola will not rely on any single one platform in its promotions.

One way, according to Jessie, would be to make the most of DSPs and their algorithms (a demand-side platform is a key part of the programmatic ad buying landscape. They manage multiple ad exchanges through a single interface to facilitate buying and selling of digital ad inventory). "We reach our audience and achieve new ways (to reach out to audience users) more efficiently than before," she said.

Jessie also referred to the importance of working with influencers to create a stronger affiliation with the brand.

"In addition to paid advertising, collaborations with popular platforms like these is important to enhance brand preference. Taking Douyin as an example, this platform focuses on attracting and inspiring high-quality user-generated content, and iGola also follows trending content. Our content can be different travel scenarios that convey our brand concept and the benefits of using iGola. It can also be documentaries recording the vloggers’ trips," she said.

"Therefore, iGola will cooperate with Douyin to support the vloggers, who generate brand-related content. Douyin provides user flow and iGola sponsors (this way iGola reaches out to audience in apt way, according to the strength of the platform)," said Jessie. The "user flow" would eventually result in a desired call to action. Explaining the same further, Jessie mentioned: "User flow is the path a user takes on Douyin, from the point where content reaches them (either recommended by Douyin or reposted by vloggers) to the final task. This task can be downloading our application, liking/ commenting the videos, or generating content under the same hashtag. To reward their participation, we sponsor coupons or free airline tickets as prizes." Also, the role of vloggers is to encourage "virality" i. e. to spread the content so that iGola benefits when the content reaches out to more users of the platform. "When vloggers answer questions or encourage users to take action, share the content, it would meet our objective," said Jessie.

According to George Zhang, CEO, iGola, there are several areas that indicate that the meta-search site isn't just about price comparison. 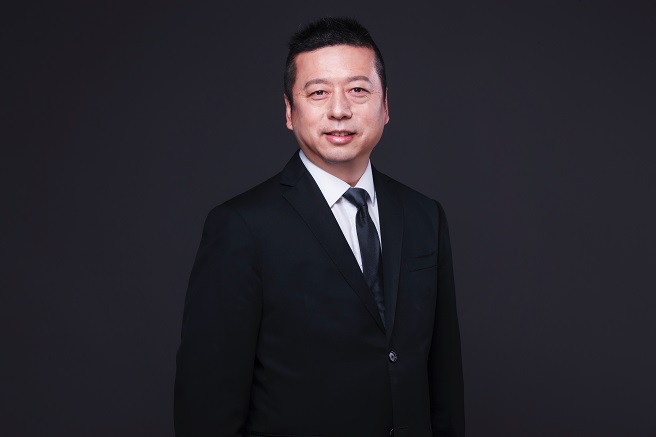 "iGola has worked on 100% facilitation of bookings, the transaction is completed within iGola's environment and users aren't directed to suppliers - airlines or OTAs. Be it for users from India, Russia or South America, all book within our platform as we restrict cart abandonment this way, which could be due to a delay owing to a user being directed onto another site," said Zhang, who is scheduled to speak at the upcoming 2018 TravelDaily Conference at Shanghai Convention & Exhibition Center of International Sourcing on September 19–21.

As for moving from price to product comparison, iGola is preparing to work with carriers like Finnair and American Airlines, based on NDC connections. "The plan is show to airline content, be it for photos or videos, going forward. It is a work in progress (rich content). Meta-search isn't just about price comparison anymore," added Zhang, who mentioned the meta-search engine also supports interlining functionality. NDC gives carriers control of what they want to sell and to what user. An indicator of this is how meta-search sites have been evolving and working on ways to show the same choice of branded fares as witnessed on an airline's site.

"iGola is not only a flight search engine, it is also about `Beyond Search'. In addition to comparing airfares, iGola can also predict the future prices. With the features,  Where to Go and When to Go, users can find the most affordable options at a glance," mentioned Jessie.

Is the role of a meta-search role under any kind of threat since there are platforms with heavy traffic, ones that are owned by Alibaba, Tencent and others?

The stickiness of a platform like Meituan, which witnessed over 200 million room nights on its platform last year, is quite high. " The advantage of the travel giants lies in their ecosystems, which allows them to reach the users through connecting consumption scenarios thus increase the frequency of user consumption. However, a significant number of the young generation is not necessarily satisfied with their ubiquitous, one-stop services. As a start-up, we pay more attention to cutting-edge technology and enhance our competitiveness by offering unique experiences. iGola uses AI technology to tap the precise needs of users, introduces them to the most suitable, out of hundreds of thousands, travel plans. Our value is not the length of time a user spends on iGola, but the time he/she can save when using iGola. The lightness and efficiency is what define our service," said Jessie.

However, she added, " The relationship between giant corporates and niche market-focused companies is more than rivalry. They also cooperate. As long as one digs deep enough in its niche, any vertical product would be supported by the giants," mentioned Jessie. 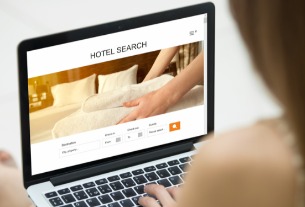 Without content parity on metasearch, you will keep losing direct bookings

Klook integrates with Google, enables operators to feature as official site listing
©2022 广州力矩资讯科技有限公司 粤ICP备06070077号
Tell us more about yourself!