To lower its debt, HNA Group has finally agreed to sell Radisson Holdings to a consortium led by hospitality group Jin Jiang International Holdings. After the sale, the consortium will acquire 100% of Radisson for an undisclosed sum. Though HNA will still operate hotels under the Tang and Tangla brands, it will no longer be a hotel empire, having sold Hilton Worldwide Holdings and its spinoffs and NH Hotel earlier.

In July alone, China added 25,000 OYO guest rooms  with 400 franchisees signed, after adding 47,000 rooms in the second quarter ended in June. Recently, OYO is exploring multi-brand operations with its first upmarket brand to be rolled out in Guangzhou and Shijiazhuang.

The high street stores of Ctrip recorded a single-day transaction volume of more than USD 10.24 million, which is 60% higher than the trading peak of last summer. About 80% of store customers were first-time users.

Ctrip classifies such stores as "destination stores" to target non-local tourists and expects to have 8,000 stores across China by the end of this year. A Ctrip executive expects that transactions of the stores in third- and fourth-tier cities will account for the bulk of Ctrip’s offline transactions in 2018.

Alibaba Entrepreneur Fund has led a fundraising round worth USD 5 million in FunNow, a Taiwan-based instant booking app for entertainment and leisure activities. In the last two years, FunNow has signed more than 3,000 selective vendors, providing more than 20,000 activities and services daily for its 500,000 members. The firm expects its 2018 revenue to triple year on year to USD 16 million.

Alibaba’s travel brand Fliggy has joined a funding round in Beijing-based intercity travel service platform Bus365. With its strategic role in passenger transport, Bus365 will be able to connect with Fliggy’s listings of air and train tickets, and hotels and vacation packages, and reach the 500 million users of Alibaba’s C2C marketplace Taobao more effectively with its offline outlets, thus closing an extensive loop in the travel consumption sector.

Mehood expects to add 300 hotels to its inventory and launch 150 hotels by the end of this year. It also plans to increase the number of its hotels to 1,500 and open 1,000 hotels by 2022. Starting 2019, it will enter Singapore, Thailand, Japan and the United States progressively.

In-destination booking platform KLOOK has secured USD 200 million in funding, making it the top-funded company in the tours and activities sector globally. The company is on track to achieve USD 1 billion annual bookings in 2018. It plans to open an office in the US by the end of 2018, to curate more US and Europe-based activities and services onto the platform for Asian travelers, and bring more US and European travelers to Asia.

Travel photography firm Roto Travel has received tens of millions of yuan from multiple investors. It has by now reached 13 destinations including Japan, Thailand, Indonesia, Malaysia, Vietnam and France, and has amassed 200,000 users comprising both business clients and individual visitors. About 91% of its orders are placed by women.

B&B distribution service provider AsapOne has picked up multi-million yuan in its latest funding round. Unlike other B&B technology specialists in China, AsapOne targets homestay operation companies and individual property owners worldwide with its own property management system and distribution system. It expects to bridge more than 30,000 B&B units with distribution channels by the end of this year. It will start in Asia and then extend to Europe, America and Australia. 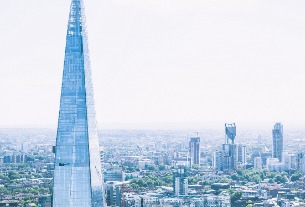