The three GDS giants were charged of market monopoly by 21 consumers two years ago. Travelport has reached a settlement agreement, but Sabre and Amadeus still remain defendants.

Travelport reached a settlement agreement in an antitrust lawsuit charging the three western GDS companies with conspiring to avoid competing with each other.

In submissions requesting approval of the settlement, the plaintiffs said it provides for Travelport’s cooperation in the ongoing prosecution of the case.

They said Travelport also agreed to authenticate the vast number of documents it has already produced and to pay $117,000 to their lawyers for litigation expenses.

In a statement, Travelport made it clear that the settlement was not prompted by the merits of the case but by a desire to make it go away:

“Travelport acknowledges that it has reached a settlement with the plaintiffs in the matter of Gordon, et al. v. Amadeus IT Group, S.A., which, if approved by the court, would resolve all pending claims against Travelport in the case. As noted in the settlement agreement itself, Travelport denies that it committed any violations of law or engaged in any unlawful act or conduct, nor is Travelport aware of any evidence to the contrary. Travelport, to avoid the legal expense and distraction of ongoing litigation, agreed to settle the case on terms that will allow the company to focus on continuing to provide a transparent, pro-competitive platform to connect travel buyers and travel sellers.”

The case is currently in the discovery phase. Judge Katherine Polk Failla has not yet set a trial date. 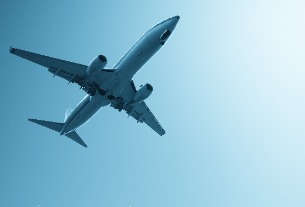