Home > > Sinbad Travel receives millions of yuan in A+ round

Sinbad Travel receives millions of yuan in A+ round

Sinbad Travel has secured millions of yuan in A+ round and plans to use the funds to upgrade its itinerary customization system and consolidate overseas resources. 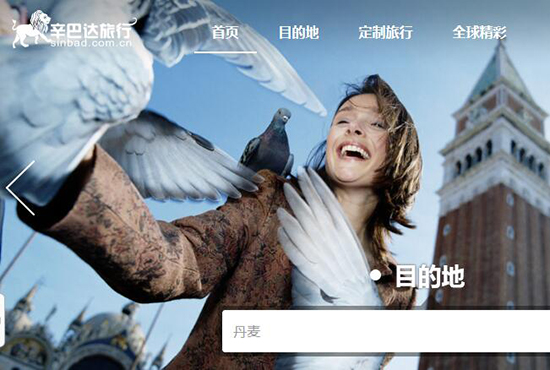 Tour-customizing company Sinbad Travel told ChinaTravelNews that the company has raised millions of yuan in its series A+ round. Triwise Capital led in investing in the round and Zhongtou8.cn, Hanking Family Office and Huawei Culture followed.

Back in March 2015, when Sinbad just completed its A-round funding, the company’s CEO Yunlong Pan told ChinaTravelNews that it was difficult (for customized travel) to achieve critical mass. In order to develop a scale, the company decides that it will target families with its tour products and other offerings.

The company has developed direct connections with overseas destination suppliers since 2014 and is listing to nearly 5,000 suppliers in its system, including overseas ground handlers, hotels, car fleets, restaurants and special interest options such as shooting and car racing.

Sinbad launched its business-end customized travel distribution platform in February 2016 to let travel agencies make use of the company’s POI options to tailor-make tours, similar to its C-end operations.

Mr. Pan said that the company’s customization system is currently being used by around 1,000 travel agencies and the company handles about 1,000 B- and C-end transactions each month.

The fee model is relatively simple, with only a certain percentage of mark-up on the tour products, but Mr. Pan projected that the company would “make a profit by the end of the year.”

Customized travel has been drawing investors’ attention this year, with itinerary design startup ZhiNanMao receiving millions of dollars in its A round funding last September, and outbound tour operator 6renyou.com eyeing a potential New Third Board listing after closing its series F round in late October. (Translated by Jerry)