ChinaTravelNews talks exclusively with Diego Saez Gil, Bluesmart Inc.’s CEO on the smart suitcase industry and what it takes to enter the burgeoning Chinese travel market.

ChinaTravelNews, Nicole Sy — A man with thinning hair operates the elevator in an old, industrial building in Kennedy Town, Hong Kong, pulling its heavy doors vertically first, then its bars down next. One would never guess the creators of the world’s first smart-connected suitcase were housed here, until the elevator doors open on the 10th floor, revealing a bright co-working space, complete with potted plants, Macbooks and beards.

The space is apt for Bluesmart, the minds behind the smart luggage, and the first to fuse technological software with travel hardware. “We’re very passionate about travel,” says CEO and Co-Founder, Diego Saez Gil. “Our mission is to empower people to travel better and travel more.”

The idea came to Saez Gil and his cofounder, Tomi Pierucci, three years ago when he lost his luggage on a trip to visit family in Argentina. Afterwards, “we got together at a coffee shop in New York and we talked about this. I said, how come with all these new technologies, there isn’t a way to prevent this mishaps that travelers have?”

Already part of the travel-tech industry since coming out with his first company, WeHostels, Saez Gil knew about software and travel, while Pierucci had experience finding manufacturers in Asia. “There are so many of these products that haven’t been re-imagined in decades,” he says of suitcases. “What we want to do as an exercise is re-imagine these products under the light of new technologies.” That afternoon in that New York coffee shop, Bluesmart was born. 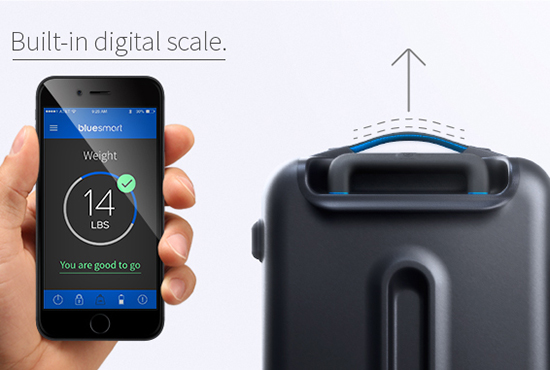 The then-New York-based company launched on crowd-funding site, Indiegogo, in October 2014 with a goal of raising USD 50,000, so it was a shock when the campaign wound up raising 4000 times their initial goal. “We ended up raising two million dollars in a period of three months, and that really validated that this was a really good idea,” says Saez Gil.

Their success continued when Bluesmart was accepted into accelerator, Y Combinator, in Silicon Valley. “So the entire team moved to California, and we spent three months in Mountain View. Then right after that, as the Indiegogo campaign was finishing, now the next challenge was to ship the product on time and with quality… and since we needed to be close to the factory (in Shenzhen), we moved the entire team to Hong Kong,” he recalls laughing about the constant moving. “At the time we were eleven people plus girlfriends and boyfriends, and everyone moved to Hong Kong.” The startup then went on to raise USD 11.5 million in its Series A funding in October 2015.

Having successfully launched in the Americas and Europe, the company is now setting their sights on Asia. “We said, let’s go for a market that has huge potential,” explains Saez Gil. “We already got tons of orders from Asia but we hadn’t had the time and the bandwidth to pay attention to Asia. So in the last few weeks, we came and partnered with a distributor to launch in Asia in selected countries.”

The company first started selling their products in Japan, then Hong Kong through Cathay Pacific’s in-flight sales magazine. In November 2016, Bluesmart products will be available in Hong Kong department stores like Lane Crawford, according to its CEO.

Bluesmart then landed in Mainland China through the Shenzhen, Shanghai and Beijing airports, and are continuing to test consumer waters through e-commerce website, JD.com.  “We are super impressed at how the China travel market is evolving. China used to be following; now it’s leading in many aspects of the travel industry. We think it’s the place to be,” says Saez Gil.

But it hasn't all been smooth sailing for the innovative company. Reviews from Amazon.com, where the suitcase is also sold, vary from enthused praise to disappointed buyers, which the company acknowledges and believes it can learn from. “This pocket in front,” Saez Gil points at, as an example, “some people love it, some people hate it—they think it’s a waste of space, so we also learn about that. But we did have a few people who lost their bags and were able to recover them so we’re very happy about that too.”

While most of the consumer feedback has been positive, the constantly evolving needs surrounding airport security has shone a light on some elements Bluesmart needed to rework. Early this year, The Next Web writer, Natt Garun took the suitcase with her on a trip and was stopped by airport security over the luggage’s exposed wiring.

Bluesmart is taking steps to ensure incidents like this no longer occur, first with getting the right accreditation. “On one hand, we met people with the FAA (Federal Aviation Administration), DOT (US Department of Transportation) and TSA (Transportation Security Administration), which are the three agencies that regulate air travel in the US, with the rest of the world following (their regulations),” says the CEO. “We show them everything, and they validated that everything we’re doing is compliant. Now what we’re obtaining from them is a letter that says everything has no problem. With that letter, we’re going to send it to airports worldwide so they’re aware.”

Saez Gil insists the design flaw has since been resolved, and it was just “an unlucky situation.”

“We already shipped 25,000 units, and situations like that happen to less than 1% of users,” he says. “But what's also happening is that customers are the ones educating (airport staff). They’re going through security, and they ask, hey what's this? Oh, it’s a smart suitcase, it has a GPS and a battery charger,” he says, role-playing the conversation. It ends with security officers asking, “oh, that’s so cool, where can I buy one?”

The company is also going to launch a campaign to place ads on the bins where you put your items going through security screenings at airports, educating staff and getting traveler eyeballs at the same time.

More challenges lie ahead as Bluesmart enters China, a marketplace notorious for favoring local companies and a tendency to take ideas and put their own spin on them.  Saez Gil believes the company, which has 9 patents in the US and China covering location tracking, locking, weighing, connecting and giving data via their mobile app, will rise above the competition through their partnerships, branding and innovation.

With their first-mover advantage, Bluesmart has secured a host of partnerships that put them above other would-be duplicates. “Here’s not the just the innovation the software and hardware, but the mobile app, the integration with Amadeus, with all our partners on the software side and that part is more different to copy. Integrations and close partnerships are a lot harder to copy,” he says.

Next, by their building a premium brand, Bluesmart believes Chinese travelers will be mature enough to reach for the originals. “So we want to position ourselves as a high quality, advanced-technology product. And that inevitably puts you in the premium pricing, but we found that the Chinese customer was ready to buy a product like that now,” Saez Gil explains. Their first model, the Bluesmart One is sold for USD 449 on their website and Amazon, and RMB 3,999 on JD.com.

Though at the end of the day, he says it’s about constantly innovating; a mission trickier for companies like Bluesmart. The company has had to develop two very different roadmaps for their product: one for hardware and another for software, which Saez Gil likens to playing two different games at the same time… no easy feat.

The smart suitcase company will need to move quickly, as competition heats up in the industry with consolidation, all while looking to tap into the smart luggage category. Top suitcase maker, Samsonite’s USD 1.8 billion acquisition of Tumi in August, and LVMH Moet Hennessy Louis Vuitton SE’s USD 716 million majority share purchase of Rimowa in October this year are clear markers of this, with both companies releasing smart luggage products. Chinese technology company, Xiaomi also unveiled their own smart suitcase to add to the Xiaomi Mi Ecosystem, priced similarly to Bluesmart’s first edition. “Smart luggage products with features like Bluetooth or fingerprint locks are a fast-growing segment of the market,” according to researcher Euromonitor. 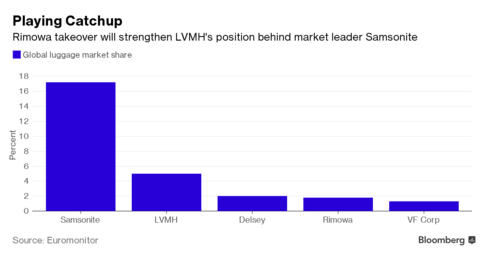 On a macro scale, there is also the global economic slowdown to consider. In true start-up mentality, Bluesmart is ready to face these challenges head on. “There are questions about the luxury and premium travel market, but I think it’s going to continue to grow especially in China,” says Bluesmart’s CEO. “The economy has ups and downs, but if you’re building a solid company with great products, good companies go through crises and they’re going to make it.”

“For us all this competition is good, its validation that what we’re doing makes sense,” Saez Gil says. “We think that competition is good because it pushes all the players to innovate, to give the best to customers. At the end the day, the customer is the winner.”

He is optimistic about Bluesmart and the future for smart travel, of which China will definitely play a large part in. “We’ll be launching our new generation products next year, continue building a global brand, and successfully expanding in China, which we believe is key to our future,” he says. “Our job is to innovate, which means taking risks. It means moving fast, working really, really hard, and harder than anyone else. So you’re going to see a lot of exciting things coming from us.” 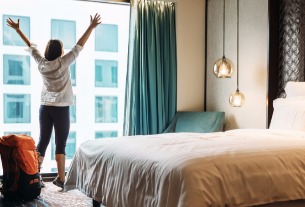 Hotels in East China use chip to supervise cleaning work
©2020 广州力矩资讯科技有限公司 粤ICP备06070077号
Tell us more about yourself!