· Advertising & Media revenue excluding eLong delivered over $538 million in net revenue on a trailing twelve months basis, an increase of 23% year-over-year, driven by growth in trivago and Expedia Media Solutions.

· On September 17, 2015, Expedia, Inc. completed its acquisition of Orbitz Worldwide, Inc., including all of its brands and assets, for an enterprise value of approximately $1.6 billion. Results include 14 days of Orbitz financials for the third quarter of 2015 unless otherwise noted.

Hotel revenue increased 17% in the third quarter of 2015 on a 36% increase in room nights stayed driven by Brand Expedia and Hotels.com, partially offset by a 15% decrease in revenue per room night. Revenue per room night decreased primarily due to an unfavorable foreign exchange impact, both in translation and in book-to-stay, deliberate margin reductions aimed at expanding the size and availability of the global hotel supply portfolio, as well as increased promotional activities such as growing loyalty programs. Revenue per room night is expected to continue to decrease year-over-year in 2015. Average daily room rates (“ADRs”) decreased 6% year-over-year in the third quarter of 2015, as currency-neutral ADR growth was offset by an unfavorable foreign exchange translation impact. ADRs are expected to be negative year-over-year in 2015. Acquisitions added approximately 6 percentage points of inorganic hotel revenue growth and 8 percentage points of room night growth for the quarter.

· In September 2015, Expedia, Inc. completed its acquisition of Orbitz Worldwide, Inc., including all of its brands and assets, for US$12.00 per share in cash, representing an enterprise value of approximately $1.6 billion.

· Expedia completed the global migration of its cruise product, ensuring that cruise is well positioned for future growth benefits from the same technological capabilities as all other Expedia products.

· The Hotels.com Rewards program welcomed its 20 millionth loyalty member in September. Since launch, more than 4 million free room nights have been redeemed by members.

· The Hotwire mobile app was ranked as one of the “Best Travel Apps of 2015” by PCMag. Additionally, Hotwire launched one-way car booking capabilities for its Android app.

· Travelocity announced the launch of its Travel for Good program, a social media program supporting “voluntourism” efforts through cash and travel awards to charitably-minded travelers.

· Wotif revealed its new brand campaign (‘the home of holidays’) and kicked off its first TV campaign in 3 years.

· According to a recent company survey, one in two Americans now recognizes trivago, up from roughly 5% three years ago.

· Egencia signed renewal agreements with Flowserve, a leading manufacturer and aftermarket service provider of comprehensive flow management products and services, and Decathlon, one of the world’s largest sporting goods retailers; and announced new customers, Gentherm, a global developer and marketer of innovative thermal management technologies, and Protein, an advertising and media company.

· Egencia Germany signed 20 new customers in Q3 2015, contributing to its 31% euro-denominated growth in gross bookings for the quarter.

· Traveldoo™, a leading provider of web and mobile platforms for business travel and expense management, signed an agreement to provide travel and expense technology for the world’s 4 th ranked international oil and gas company, Total S.A.

· During the third quarter of 2015, Expedia added more than 14,000 properties to its global supply portfolio, which now stands at approximately 271,000 properties available on Expedia, Inc. sites.

· The Expedia PartnerCentral App for iPhone and Android was introduced. The app is a new way to help hoteliers manage their business on Expedia, allowing them to receive up-to-the-minute booking information and notifications, view and reply to real-time guest feedback and quickly promote last minute inventory via their mobile device. 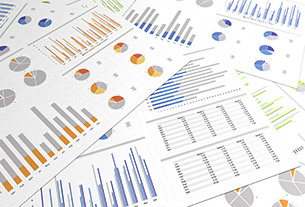 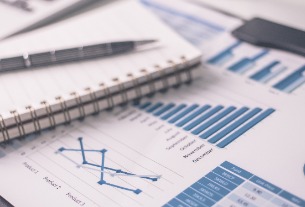 Expedia Q2 reports 9% growth both in gross booking and total revenue
©2019 广州力矩资讯科技有限公司 粤ICP备06070077号-2
Tell us more about yourself!