Tuniu is banking on its decision to expand regionally, and this is being accelerated post JD.com’s decision to be the largest shareholder in the company.

ChinaTravelNews, by Ritesh Gupta - Buoyed by JD.com’s recent decision to become its largest shareholder, Chinese online leisure travel company Tuniu has chosen to become more aggressive with its expansion plan and also expects to improve upon its “level of loss ratio” from next year. Tuniu believes such plan is important strategically, as it is one of the pillars which is going to raise the barrier to entry in this market.

Tuniu recently shared its three-year expansion plan, and it included its decision to cover 1,000 departure cities. This target swelled after the company confirmed US$500 million investment from a group of investors. This was confirmed by Conor Yang, Tuniu’s CFO during the company’s Q1earnings call.

Tuniu highlighted that its regional expansion strategy is paying off, with new cities where the team introduced regional service centers in 2014 contributed to over 12% of gross bookings in the January-March period. Overall, the total number of trips sold by Tuniu from 1,276,000 in 2013 to over 2,182,000 last year.

“… we opened a lot (of regional service centers) in the fourth quarter last year.  As of Q1, we have like close to 80, but our plan, this time, we are preparing for opening many more. Our target is at least to increase to about 200 departing cities as regional service center by (the) end of this year,” said Yang. He also mentioned that the original target was 125, but the figure was revised to 200 post the new investment.  At the end of last year, there were 75 regional service centers located in 73 cities across China.  Yang mentioned considering the performance of these centers, the company expects to reap the benefits of major expansion in this arena in a big way once the figure of 1000 cities is touched.

He said the penetration would eventually happen to third-tier, and even fourth tier and fifth-tier cities. “China is very big, (there is) a lot of untapped market that we need to penetrate,” he added, declining to give a specific number on the top-line growth via expansion. “But our belief is that (it) will be very helpful,” he said.

He indicated that in terms of the bottomline, the performance of regional strategy so far has been positive. This is the investment phase and as Tuniu continues to invest more, in the short term this is expected to “also have an impact on the bottomline, the trade-off will be have a higher topline going forward”. “So in terms of when will be the breakeven period of time we do not give a specific guidance on that, but as we continue to grow faster and we should be able to see certain leverage start to kick in, that the level of loss ratio will start to improve from next year,” Yang said.

The regional centers are also contributing in supplier quality check. The service centers keep a tab on the performance of suppliers (assesses popularity, quality and price competitiveness), and coordinate with them to improve service quality. This can also lead to termination in case the performance isn’t up to the mark.

Other highlights at this juncture include:

Service network: Tuniu acknowledges the significance of service network that also includes a call center in Nanjing, and a regional call center in Guangzhou. At the end of 2014, there were around 650 trained tour advisors to aid customers throughout their booking process.

Buoyed by JD.com’s recent decision to become its largest shareholder as well as becoming the exclusive operator of its leisure travel channel, Tuniu is gearing up to improve on several counts. Be it for product development, user experience and its portfolio of multiple online and offline channels, Tuniu intends to leverage JD’s strength.

Supplier relations: Tuniu, which follows an open-source procurement strategy, was associated with 6,000 travel suppliers at the end of last year. The suppliers generally pay rebates based on business volume, and some suppliers require prepayments for reserving tour availabilities. Tuniu has a proprietary N-Booking system, accessible via web and mobile, for suppliers. One of the highlights of this system is data analysis. This means that suppliers can evaluate behavior of users based on their browsing history along with an option to keep track of traffic brought to the travel products supplied by them and assess the overall competitiveness of different travel products.

Dynamic packaging: Another highlight is a system in place that lets users avail trip components from different suppliers for a customized trip. The system relies on algorithms and past customer data for choices based on their ascertainable behavior, according to the team. Tuniu believes this is one of its kind dynamic packaging system in China. 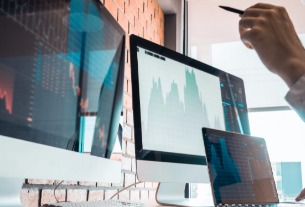 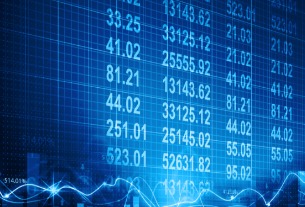