More mainland cities lined up for independent travel to Taiwan

The newly approved cities, will likely include provincial capitals Haikou, Lanzhou, Yingchuan and Hohhot and will boost the number of approved cities to 46 cities.

Taiwan’s Want Daily reported that 10 more cities will be added to the list of mainland cities allowed to send independent travelers to Taiwan when the fifth group of approved cities is announced at the end of the year. The newly approved cities, will likely include provincial capitals Haikou, Lanzhou, Yingchuan and Hohhot and will boost the number of approved cities to 46 cities.

A source in the industry said that the inclusion among the 10 new cities of the four provincial capitals means that almost all mainland provincial capitals are opened to independent travel to Taiwan, with the exception of Xinjiang’s Urumqi and Tibet’s Lhasa.

Apart from the four provincial capitals, Guilin and Changzhou are likely to be included, as are other cities in the coastal provinces of Fujian, Zhejiang, Guangdong, Suzhou and Shandong. Jiangsu will likely have two cities on the list and the industry source said that there is chance for a few “dark horse” entries.

Taiwan Tourism Bureau’s vice chairman Chang Hsi-tsung declined to confirm the exact time table for the announcement of the newly approved cities or how many will be included in the list, stating only that both sides are still working out the final details and the there is a chance the list will be released within this year.(Translation by David) 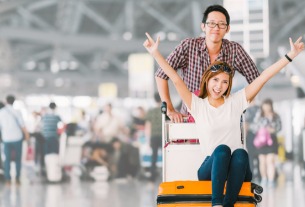 Over 80% of Chinese travelers plan to travel in second half of 2020: Ctrip 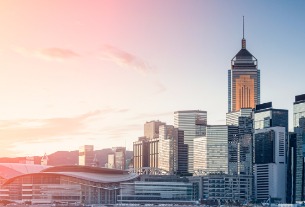 Hong Kong eases travel restrictions—but only for its business elite
©2020 广州力矩资讯科技有限公司 粤ICP备06070077号
Tell us more about yourself!