•  Fourth quarter revenue grew 16% year over year driven by strong unit growth in both hotel and air and continued strong performance in our advertising and media business.

•  Egencia®, our corporate travel business, continued its strong performance with revenue growth of 33% and gross bookings growth of 27% compared to the fourth quarter of 2009.

•  The company grew fourth quarter adjusted EPS by 10% year over year. Full year 2010 adjusted EPS increased by 24% year over year, primarily due to growth in operating income before amortization (―OIBA‖), a lower effective tax rate and the impact of $489 million in annual share repurchases.

Revenue as a percentage of gross bookings (―revenue margin‖) was 14.0% for the fourth quarter, an increase of 23 basis points compared to the fourth quarter of 2009. The primary drivers include a shift to higher margin products, growth in advertising and media revenue and acceleration of air and other revenue, as described below, partially offset by higher average air ticket prices.

Worldwide hotel revenue increased 15% for the fourth quarter due to a 15% increase in room nights stayed, including rooms delivered as a component of packages. Revenue per room night was flat.

OIBA for the fourth quarter increased 7% (11% excluding foreign exchange) to $175 million primarily due to increased revenue, partially offset by increased costs and expenses. OIBA decreased 170 basis points as a percentage of revenue to 22% due to growth in cost of revenue and selling and marketing expenses in excess of revenue growth. For the fourth quarter of 2010, general and administrative expense included $8 million related to an increase in occupancy tax reserves and accruals, which is also included in OIBA.

Revenue as a percentage of gross bookings (―revenue margin‖) was 12.9% for the year, a decrease of 65 basis points compared to 2009, primarily due to higher average air ticket prices partially offset by growth in advertising and media revenue.

Worldwide hotel revenue increased 11% for the year due to a 14% increase in room nights stayed, including rooms delivered as a component of packages. Revenue per room night decreased 3% year over year.

Worldwide air revenue increased 12% for the year, primarily due to an 11% increase in air tickets sold and a 1% increase in revenue per ticket.

Advertising and media revenue increased 36% for the year, driven by a 48% increase in third-party revenue for TripAdvisor. All other revenue (primarily car rentals and destination services) increased 6% for the year.

OIBA for the year increased 9% (10% excluding foreign exchange) to $831 million primarily due to increased revenues, partially offset by increased costs and expenses. OIBA decreased 96 basis points as a percentage of revenue to 25% due to growth in selling and marketing, cost of revenue, and technology and content expenses in excess of revenue growth.

Operating income increased 28% due to the same factors impacting OIBA. In addition, operating income for 2009 included $68 million in occupancy tax assessments and legal reserves and $34 million of restructuring charges. These items were excluded from OIBA.

For the year ended December 31, 2010, net cash provided by operating activities was $777 million and free cash flow was $622 million. Both measures include $101 million from net changes in operating assets and liabilities, primarily driven by a working capital benefit from our merchant hotel business. Free cash flow increased $38 million compared to the prior year primarily due to higher OIBA, significantly lower occupancy tax assessment payments and lower cash tax payments partially offset by higher capital expenditures, a decrease in our working capital benefit and higher payments made for legal settlements and restructuring. Cash and cash equivalents excluding amounts related to non-wholly owned subsidiaries was $649 million as of December 31, 2010.

•  Expedia.ca reached $1.5 billion in gross bookings for the full year 2010 for the first time since the site launched in Canada in 2000.

•  Hotwire® expanded its international hotel inventory, making properties in Singapore, Hong Kong, and in 34 new destinations across Europe available to book on Hotwire.com®.

•  Visitors to Expedia.co.in™ can now pay for their travel with debit cards and internet banking following the launch of alternate payments functionality on the India point of sale. The site also enhanced its air offerings with the addition of low-cost carrier flights.

•  Expedia.com® announced new enhancements to its existing Elite Plus™ rewards program, including a VIP access feature, giving members in the U.S. eligibility for free hotel upgrades in cities across North America.

•  Hotels.com launched its WelcomeRewards loyalty program in Canada and Australia.

•  Egencia in Europe launched its innovative Traveler Tracking Tool, granting businesses in Europe a higher level of traveler support and insight to better manage traveler security in the event of an emergency. Seat Maps and Flexible Date Search programs were also introduced in Europe.

•  Expedia sites in the U.S. and the U.K. launched opaque hotel bookings through the Unpublished Rates and Secret Saver Hotels programs, giving travelers the opportunity to book their stay at any of 25,000 participating properties at up to 50% off standard room rates.

•  TripAdvisor announced the launch of its new application for the iPad, giving users access to TripAdvisor hotel, restaurant and activities content on-the-go in 26 countries and 18 languages worldwide.

•  At quarter end, Expedia global websites featured over 130,000 bookable properties, with over 55% operating under our merchant model and 25% representing agency properties where we have direct relationships. Expedia sites offer over 80,000 hotels in EMEA and APAC countries. 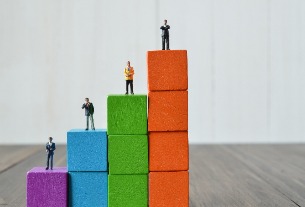