The specific objectives of the 2023 budget plan as it relates to tourism, are to encourage more visitors to the city, and to get them to stay longer.

The Macau government has budgeted MOP650 million (US$80.7 million) for “expanding sources of tourism” in 2023, with incentives including discounts on flight tickets and on hotel accommodation, said the city’s Secretary for Economy and Finance, Lei Wai Nong, in remarks at the Legislative Assembly on Wednesday.

The specific objectives of the 2023 budget plan as it relates to tourism, are to encourage more visitors to the city, and to get them to stay longer, said Mr Lei.

He was introducing to the assembly the key tasks his officials would work on in relation to the Policy Address for the Fiscal Year 2023, outlined last week. At Wednesday’s plenary session of the assembly, Mr Lei said promoting tourism would be a major task for the city’s government in the coming year, in order to revive the local economy.

At the Wednesday assembly session, Macao Government Tourism Office (MGTO) director, Maria Helena de Senna Fernandes, told legislators that her department would continue to work with Macau’s Sports Bureau to attract a greater number of sports events to the city as part of tourism-promotion efforts. MGTO would also look at developing marine-tourism projects with Zhuhai, a neighbouring city in the mainland’s Guangdong province. 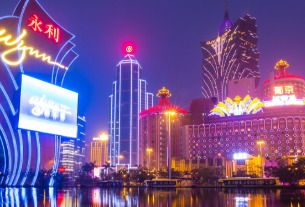 CAAC mulls two-month subsidy plan for passenger airlines, bill could go up to RMB 5 billion
©2022 广州力矩资讯科技有限公司 粤ICP备06070077号
Tell us more about yourself!