On November 17, daily bookings to the region increased 111% year on year and the daily increase stayed around this level the following week.

A promotional video for Sichuan Province's tourism featuring a shy and ruggedly handsome 20-year-old Tibetan is paying off with the number of hotel bookings doubled in his hometown in Garze Tibetan Autonomous Prefecture and invitation for him to visit other provinces across the county.

Tashi Dingzhen shot to fame after his first video showed him slowly walking toward the camera with a sunny smile, with towering snow-capped mountains in the background. The video quickly generated a storm of compliments after it was posted on November 11 on Douyin, the Chinese version of TikTok.

Dingzhen on Friday posted a photo showing him holding a sign saying "my home is in Sichuan," triggering what Chinese netizens called the "battle" for Dingzhen between Sichuan and Tibet.

The "battle" humorously grew into a nationwide promotion with provinces and regions across China, including Shandong which is almost 2,000 kms from Garze, inviting Dingzhen for a visit.

On November 17, daily bookings to the region increased 111% year on year and the daily increase stayed around this level the following week, according to media reports. 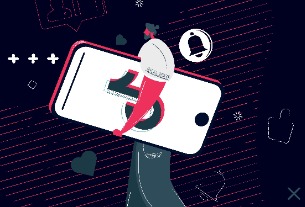