China reported a bigger flight volume last month than any other country, followed by the United States, Russia, Japan, and India, VariFlight said. China's civil aviation sector continued to recover in September, with airports seeing flights return to more than 90% of the volume registered in the same period last year, an industry report shows.

Chinese airports handled a total of 375,300 outbound flights last month, down 6.86% compared to the previous year, but up 1.6% month on month, according to a report released by VariFlight, a China-based civil aviation data service provider.

The report shows the number of domestic flights rose year on year in September, while the number of international flights increased slightly compared to August.

The flight volume in Sanya Phoenix International Airport grew by 19.52% year on year, registering the largest increase of all, says the report.

In September, airports around the world handled nearly 1.46 million outbound flights, down 52.88%, according to VariFlight. 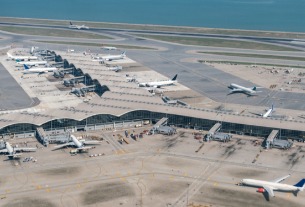 Counting on marketing and AI to stay on one’s travel wishlist
©2022 广州力矩资讯科技有限公司 粤ICP备06070077号
Tell us more about yourself!