Home > > Airbnb is set for a blockbuster IPO

Airbnb is set for a blockbuster IPO

Airbnb may also be sneakily well-positioned to come out on top.

Even a stopped watch is right twice a day. No finer proof of this exists than my prescient prediction of a blockbuster IPO for Airbnb two months ago. But at what price?

Airbnb hit a lofty $31 billion valuation at its peak, but was forced to accept an $18 billion valuation in a panicked fundraise in early April - with onerous terms that would certainly bring that valuation down if it was just common equity. So what could Airbnb hope for?

Well the overall market dynamics are superb. Nasdaq is at record highs, and 60% up since Airbnb hit the panic button with its fund-raise.

On the flip side, the booming stock market has bifurcated, and anything with a whiff of travel or tourism has been well hammered. So where would Airbnb sit?

The numbers leaked by Bloomberg would ordinarily see any IPO canceled and the founders being offered bereavement counseling. Revenue down by 67% on the same period last year. But we know these are exceptional times. Note Airbnb stated that bookings were only down 30% in June, and as we at AirDNA observe the bookings as they come in, it is possible that August could actually be up year-on-year.

Airbnb's plan to go public during a pandemic might be too rushed for Warren Buffett's liking, but the famed investor and Berkshire Hathaway CEO appears to be a big fan of the home-sharing platform and its leader.

The Berkshire chief predicted Airbnb would compete with the world's largest hotel chains, pointing to its rapid growth and the rate at which it adds listings. He also regretted that he didn't have the idea first.

The IPO market has also rebounded from a Covid-19-induced freeze on new issues in March and April. Several recent deals have seen their shares soar, including Lemonade (LMND), ZoomInfo (ZI) and nCino (NCNO).

When asked if he thinks the Airbnb IPO will perform well, Aarons said he’s “cautiously optimistic.”

But is this a flash in the pan? The clear shift is the collective realization that COVID is not going anywhere soon. The tribulations of a vaccination are clear. The attempts to eliminate transmission have proved impossible, even for New Zealand antipodeans. One by one we are reaching the collective realization that we have three to five years of living under the specter of COVID.

The masses are reacting, real estate agents are having a boom time in the right areas. The balance has significantly altered for the marginal decision to consider purchasing a second home. A place you can work from remotely, a lockdown bolt-hole, a place you can breathe freely during the school holidays. We at AirDNA are seeing a deluge of queries as people assess the best place to invest with our Rentalizer tool that predicts the short-term rental income of any address in the world.

So what does this all mean for Airbnb? Well the vacation rental industry outside urban centers will boom. Airbnb may also be sneakily well-positioned to come out on top.

If the market holds up, Airbnb is set for a blockbuster IPO. Though stopped watches can be right twice a day, they are wrong a lot more. 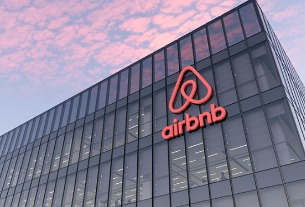