>> Deutsche Hospitality, Chinese hotel group Huazhu's German subsidiary, is presenting its new "H Rewards" loyalty program to guests of all of its five brands – Steigenberger Hotels & Resorts, MAXX by Steigenberger, Jaz in the City, IntercityHotel and Zleep Hotels. Participants from China will soon be given the opportunity to use their member benefits in Deutsche Hospitality branded hotels. By the same token, participants from other countries will be able to do the same in China, where Huazhu operates more than 6,000 hotels.

>> Hong Kong-headquartered Rosewood Hotels has been appointed by Quianto Capital Limited to manage Ultra-luxury Rosewood Porto Cervo, which will open on Sardinia, Italy in 2022.

>> The number of mainland-Chinese tourist arrivals in South Korea plummeted 99% to just 5,124 in May, according to the latest data from the Korea Tourism Organization. By comparison, the Chinese travelers made 500,413 trips to South Korea in May 2019. South Korea received a total of 30,861 inbound visitors in May and Chinese tourists accounted for 16.6% of them.

>> Increases in capacity from the “Big Three” Chinese airlines are linked to the latest easing of movement restrictions in Beijing as the lockdown from the latest spike eases.

Airlines data expert OAG said that until China allows international capacity back to the previous levels many surrounding regional markets are unlikely to grow so China literally holds the key to any further capacity recoveries in both North and South East Asia.

>> Air France-KLM said it will add more flights to China, after France moved to reduce Chinese airlines’ services in protest of flight restrictions imposed by Beijing. The loosening of restrictions came after Paris began limiting Chinese airlines to one weekly passenger flight to France between them starting on Monday, in response to Beijing’s curbs on Air France services.

>> Cathay Pacific is likely to post a first-half net loss of about HKD 9.9 billion (USD 1.3 billion) after flying only 27,106 passengers last month, down 99.1% from June 2019. Passenger load factor for the airline and its Cathay Dragon unit was just 27.3% in June. The international aviation landscape remains "incredibly uncertain" because of coronavirus-related border restrictions. With its finances and prospects looking increasingly strained, Cathay last month proposed an HKD 39 billion government-backed rescue plan that was approved by shareholders.

>> Beijing Capital Airlines of China is resuming its direct commercial flights between China and Portugal after a hiatus due to the Covid-19 pandemic, the Shaanxi Daily reports. 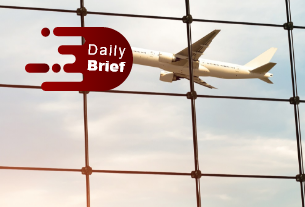