Hong Kong Disneyland is shutting down again to comply with government-mandated restriction; Vietnam has agreed to resume commercial flights to and from China after months of closure.

>> China announced on July 14 that tour operators and online travel agencies are now permitted to restart inter-provincial group tours and "flight + hotel" business. But group tours and "flight + hotel" business are still prohibited in mid- and high-risk areas of the country. Cross-border group trips including inbound and outbound travel are also prohibited for the moment.

>> Hong Kong Disneyland, the smallest of Disney’s global portfolio is shutting down again to comply with a government-mandated rollback of public activities because of the coronavirus. Disney called the closing of the theme park “temporary” and said its resort hotels at the Lantau Island complex would remain open.

>> France on Monday started restricting Chinese airlines to one passenger flight per week, saying it was acting in response to curbs imposed by Beijing on French carriers. The French embassy said three Chinese carriers, Air China, China Eastern Airlines and China Southern Airlines, were each authorized to make weekly flights from Chinese cities to Paris. Air France had been authorized by Beijing to carry out three flights a week to China but that, in practice, Chinese authorities had only allowed one Air France flight per week.

>> Vietnam has agreed to resume commercial flights to and from China after months of closure due to the coronavirus pandemic, the country's ministry of transport said on Monday, noting the frequency and timing of flights was still being discussed. Vietnam suspended all commercial flights to and from China and stopped issuing visas for Chinese tourists in February after the first cases were detected in the country. A visa suspension for Chinese tourists is still in place.

>> Chinese tourists' appetite for traveling overseas will prevail despite the ongoing pandemic, which, according to experts and industry players, will be a positive signal for the recovery of global tourism. A case in point is a live-streamed program on July 1 hosted by Trip.com and the Seoul-based Korea Tourism Organization. Aiming to promote and sell tourism products in South Korea, the show attracted more than 2 million viewers. A number of hotel vouchers were sold out on the same day, according to Yonhap News Agency.

>> Cathay Pacific's shareholders approved a plan to raise HKD 39 billion (USD 5 billion) in a government-backed rescue that includes the sale of preference shares and a rights issue. The airline has been losing more than HKD 2 billion a month since February as the coronavirus outbreak wiped out passenger demand globally and grounded fleets, hitting Cathay particularly hard because it has no domestic market to fall back on Hong Kong. 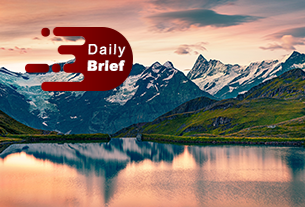