This week, Skyscanner has begun offering it with Aeroflot and Westjet via a service it calls “direct booking.”

A few years ago, Skyscanner and other travel price-comparison search brands risked losing relative popularity. Consumers were switching to mobile devices, and metasearch brands don’t make as much money on mobile as a rule. But new e-commerce design tricks may catapult Skyscanner and its peers into more relevant positions again.

Skyscanner and its rivals like Kayak, Wego, and Qunar struggle to sell flights mobile devices for a few reasons. These metasearch brands hand shoppers over to airlines to complete their bookings, but consumers tend to hate the switch in user interfaces on mobile devices. (Norwegian saw a 185 percent rise in how many Skyscanner shoppers bought tickets by using the new interface that keeps them within Skyscanner’s site and app to make their purchases, a source said.)

Metasearch companies have also struggled to sync with the tech systems of airlines. That’s hindered them from providing the full branding and array of product choices on mobile screens the way airline’s own branded sites and online travel agency sites offer.

Skyscanner has long promised to solve these problems on mobile. It promised in 2017 to soon offer “instant booking,” where travelers buy their plane tickets without leaving the sites or apps of metasearch companies like Skyscanner. Last October it promised to do it by December. This week, it has begun offering it with Aeroflot and Westjet via a service it calls “direct booking.”

Yet it turned out that airlines weren’t “there” yet when it comes to technology. Slow adoption by airlines of new technical standards means that the sector doesn’t yet make it possible to access comprehensive, accurate, global data using modern data exchange methods.

MANY WAYS TO IMPROVE

While online shopping might seem ubiquitous and essential, many airlines have antiquated online selling approaches, highlighting the green space that still abounds in the industry.

Skyscanner executives in 2017 aimed to create so-called airline storefronts, copying how Asian e-commerce sites sell retail goods. The idea was to move from highlighting the lowest prices to the best value. Skyscanner created types of advertising that aren’t like usual off-the-shelf display ads to help consumers become aware of brands, and it claims these ads especially appeal to younger travelers.

“TripActions has a fabulous integration for the corporate travel environment,” King said. “While there are parallels, there are some distinct issues in porting that model [into consumer metasearch]. That said, we’re really committed to working with those airlines in creating a solution that works in metasearch.” 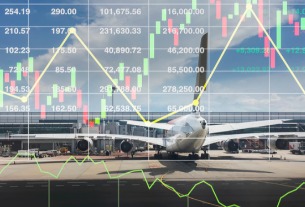 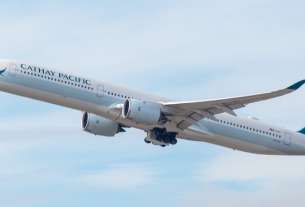 Cathay Pacific to commence direct flights from Bengaluru to Hong Kong
©2022 广州力矩资讯科技有限公司 粤ICP备06070077号
Tell us more about yourself!