The Expedia Group deal with Apollo and Silver Lake consisted of a USD 1.2 billion in preferred stock, and USD 2 billion in debt financing.

Private equity firms Apollo Global Management and Silver Lake Partners rode to Expedia Group’s liquidity rescue in April with a deal to provide USD 3.2 billion in financing. As its bookings rebounded somewhat, Expedia was looking Tuesday to pay off these firms early, and refinance the debt at a significantly lower interest rate.

That’s why Expedia Group announced Tuesday morning that it began a private offering of senior notes that it could use to redeem the 9.5 percent Series A preferred stock that it issued to Apollo and Silver Lake when the deal closed May 5. Expedia did not name the two private equity firms in Tuesday’s announcement, but Apollo and Silver Lake are the only two corporate holders of what was newly created Series A preferred stock.

If all the pieces fall into place — if Expedia finds takers for its senior notes — then it could pay off the private equity firms, and save a bundle in dividend payments. Apollo and Silver Lake would retain their Expedia warrants, which entitled them to each purchase 4.2 million shares of common stock at USD 72 per share. If the two companies exercised those warrants, their stakes wouldn’t result in any kind of game-changing ownership. Expedia shares Tuesday were trading mid-day at around USD 84.

TRIPADVISOR GOES TO THE WELL

Tripadvisor likewise Tuesday announced a proposed USD 500 million offering of senior notes due 2025. Unlike Expedia Group, which could use the proceeds to pay off Silver Lake and Apollo, Tripadvisor envisions using the net proceeds for general corporate purposes.

“In light of of attractive market conditions, the Company is opportunistically pursuing ways to optimize its capital structure and reduce its cost of capital,” Expedia Group stated. “Expedia Group currently expects to use the net proceeds to redeem outstanding shares of its 9.5% Series A Preferred Stock after May 5, 2021, when the redemption premium is scheduled to decrease. Depending on business, liquidity and other trends or conditions, however, the Company may elect to use all or part of the proceeds for other general corporate purposes, which may include repaying, prepaying, redeeming or repurchasing other indebtedness in lieu of or pending such redemption.” 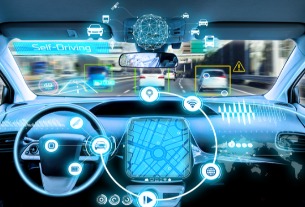 Changing gears for seniors as car-hailing service made easy
©2022 广州力矩资讯科技有限公司 粤ICP备06070077号
Tell us more about yourself!