Extension of waiving fund payment and other relief measures will help ease the burden for the entire travel industry.

In the government work report delivered by China’s Premier Li Keqiang on behalf of the State Council to the Third Session of the Thirteenth National People's Congress on May 22, it was announced that a range of tax and fees reduction measures originally expiring by end of June have been extended to end of the year. These include tax exemptions for catering and accommodation, travel and leisure industries, and waiving the Civil Aviation Development Fund contributions. The relief measures are expected to reduce the financial burden for travel enterprises to the tune of more than RMB 2.50 trillion (USD350.4 billion)  for the whole year.

The Civil Aviation Development Fund is a governmental fund introduced on April 1, 2012. Chinese carriers have to pay RMB50 per passenger on domestic flights and RMB90 per passenger on international flights. The fund was established to replace the airport construction fee levied on passengers and the infrastructure construction fund imposed on airlines.

Airline industry analyst Zhijie Lin pointed out that Chinese airlines contributed about RMB12 billion (USD1.7 billion) to the Civil Aviation Development Fund in 2018. Contribution requirements have been reduced by half since July 1, 2019. The total sum collected for the fund last year was about RMB10 billion (USD1.4 billion).

The Civil Aviation Administration of China issued a package of relief measures in March, to ease the pressure on the civil aviation industry from the COVID-19 fallout. The measures include waiving mandated contributions to the fund, financial support for major transportation missions deployed for joint prevention and control mechanism in line with State Council requirements, and reduced charges for government-managed airports, traffic control and fuel. Data show that the travel industry suffered losses of RMB39.82 billion in the first quarter due to the pandemic, RMB33.62 billion of the deficit was incurred by airlines. 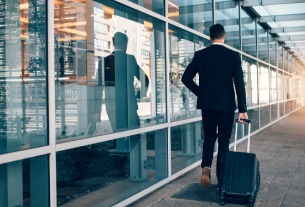 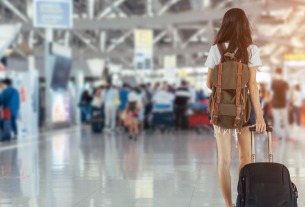