China and South Korea have asked Japan to join them in relaxing controls on business travel as virus cases tail off; United Airlines wants to resume passenger flights to China as soon as next month.

>> ChinaTravelNews learned that OYO has finally appointed a CEO for its China unit. According to public information on LinkedIn, Mr. Gautam Swaroop, an Indian businessman in Shanghai, updated his occupational status as "CEO (China) at OYO China" on May 16. Mr. Swaroop has joined OYO since May 2020, according to his LinkedIn page. Mr. Swaroop had more than ten years of experience working at McKinsey & Co.

>> China is taking steps in restoring its leisure group-tour activities by first allowing southern province Guangdong to resume intra-provincial group travel. But inter-provincial or cross-border tours are yet to be restored, according to the regulatory notice. The move is a minor but positive signal for the country to gradually restart its travel business.

United Airlines wants back into China but regulatory hurdles remain

>> United Airlines wants to resume passenger flights to China as soon as next month but is waiting on governments in Beijing and Washington, D.C. to allow it, an executive told employees Thursday during a virtual town hall meeting. In early February, United suspended flights to its four China destinations — Shanghai, Chengdu, Beijing and Hong Kong. United is the largest U.S. carrier to China, and the country is of strategic importance to the airline.

>> China and South Korea have asked Japan to join them in relaxing controls on business travel as virus cases tail off, the Yomiuri newspaper reported. Japan remains reluctant to loosen what are currently some of the tightest border controls in the developed world, which were introduced over the past few weeks in a bid to help contain the coronavirus. The country has seen far fewer infections than in the U.S. or parts of Europe.

>> Cambodia is hoping that Chinese tourists will drive its tourism growth when the world is cleared of the COVID-19 pandemic, Tourism Minister Thong Khon said on Saturday. China has become the largest source of foreign tourists to Cambodia since 2017. 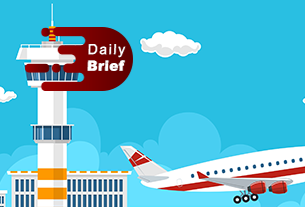