Home > > China’s passenger number down by nearly 70% in April

Total passenger traffic of the month was 16.715 million.

The decline in all major performance indicators of China’s civil aviation services in April had slowed compared to March. The data released by the Civil Aviation Administration of China (CAAC) during a press conference on May 13 showed that the total volume of air transportation was 3.95 billion ton-kilometers last month, decreasing 62.4% year-on-year. The decrease rate was one percentage point lower compared to the previous month.

Passenger throughput declined 68.5% year-on-year to 16.715 million, 3.2 percentage points lower than that of March.

Air cargo transportation volume was 484,000 tons, representing a 19.4% decrease on a year-on-year basis, 3.9 percentage points lower than the previous month.

In terms of operational support, a total of 208,700 flights took off in April, with a daily average of 6,958 flights, indicating a decrease of 56.9% compared with the same period last year, but an increase of 6.47% compared with March. The punctuality rate of flights across the country was 97.63%.

The industry completed 422,000 hours of accident-free air transportation, and the safety rate remained stable, according to CAAC. By the end of April, China registered 116 consecutive months, or 82.87 million hours, of incident-free flight operations. 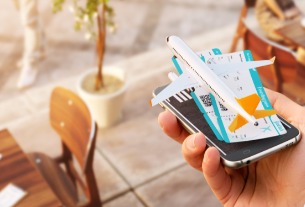