Trip.com Group projects revenue to drop by nearly half

>> Asia's largest online travel group expects its net revenue to drop by 45%-50% year on year in the first quarter. The company expects accommodation revenue to decrease by 60%-65%. Packaged tour business is projected to drop 50%-60% with corporate travel business to decrease 50%-60%.

>> Marriott said the number of closed hotels in Greater China has declined from more than 90 to less than 30, as the epidemic is the area is increasingly under control. In the rest parts of the world, where the COVID-19 crisis is much more recent, the trend lines are still negative. The world's biggest hotel operator sees early signs of improvement in Greater China with workers returning to their jobs.

>> Marriott started to furlough its hotel staff in an effort that could affect tens of thousands of employees. A spokeswoman for the company, which employs over 174,000 associates across its managed hotels, said the workers would keep health benefits for now

>> The 72% layoffs of OYO's China operation will harm the fair value of Softbank's Vision Fund investments in the consumer internet sector, according to a report by TechNode. The Indian budget hotel chain startup recently raised USD 807 million from SoftBank and RA Holdings. According to Entrackr’s back-of-the-envelope calculation, this round values Oyo at $7.7 billion.

>> Qingzhu Hotel announced on March 18 that it had landed tens of millions of dollars in its series B funding. The funding came at a time when the hospitality industry has been badly hit by the COVID-19 outbreak, leading to large-scale redirection and layoffs by high-profile entities such as OYO and the merge of IDG Capital-backed H Hotel and Huazhu’s Elan brand.

Qingzhu is a brand under the umbrella of Beijing Meizhu Bicheng Technology, which in turn, was firstly incubated by Meituan Dianping.

>> China's air regulator moved to divert incoming international flights from Beijing to other Chinese cities, in a response to contain rising imported infections of the novel coronavirus. The plan came as Beijing recorded the largest number of imported confirmed cases, accounting for 34% of the nationwide total. A total of 64 imported confirmed cases were reported in Beijing as of Wednesday night.

>> Four-fifths of flight capacity between China and the rest of the world has been cut back as a consequence of the coronavirus outbreak. Asia has experienced the greatest impact in terms of the total number of seats lost, at around 5.4 million in March.

Total volume processed by international or regional airlines plummeted by 66.04% to 1.14 million, according to TravelSky.

>> Though US carriers have suspended all services to China due to the COVID-19 virus, a few Chinese carriers including Air China continue to connect the two countries with limited schedules.

Air China’s vice president and general manager for North America Mr. Zhihang Chi said "the air links between these two very important countries can’t afford to be stopped", and even though the Chinese flag carrier is losing money for it, "somebody has to do it".

>> Cathay Pacific will slash passenger capacity by 96% in April and May as the coronavirus shuts down travel across the world. The airline has already asked staff to take unpaid leave and warned that it faces a substantial loss in the first half of this year. CAPA warns that most carriers will go bankrupt by the end of May without government support. 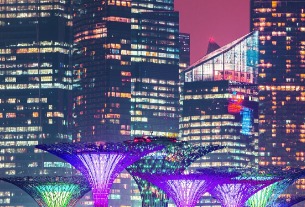 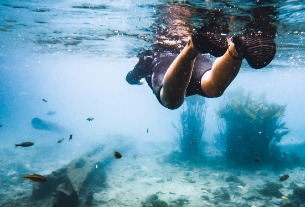