Trip.com Group expects net revenue to decrease by 45%-50% in the first quarter; Four-fifths of flight capacity between China and the rest of the world has been cut back.

>> Chinese online travel service provider Trip.com Group posted an operating income of USD 84 million for the fourth quarter of 2019. Net revenue for the year climbed 15% to USD 5.1 billion. Accommodation revenue rose 17% to USD 1.9 billion in 2019 while corporate travel revenue was USD 180 million, up by 28%.

>> Qingzhu Hotel announced on March 18 that it had landed tens of millions of dollars in its series B funding. The funding came at a time when the hospitality industry has been badly hit by the COVID-19 outbreak, leading to large-scale redirection and layoffs by high-profile entities such as OYO and the merge of IDG Capital-invested H Hotel and Huazhu’s Elan brand.

Qingzhu is a brand under the umbrella of Beijing Meizhu Bicheng Technology, which in turn, was firstly incubated by under a Meituan Dianping program.

>> China's civil aviation regulator CAAC announced on March 19 to designate the first point of entry for inbound travelers onboard several flights to Beijing, effective at the zero hour of March 20 in Beijing time.

This announcement by the CAAC marks the first official stated arrangement by the Chinese authority to divert international flights to other airports near the capital.

>> Four-fifths of flight capacity between China and the rest of the world has been cut back as a consequence of the coronavirus outbreak. In response to emergency government regulations, seat cancellations began in early February and by the third week of the month, only 20% of seats remained in service.

According to China’s Civil Aviation Authority, during the third week of March, 72 destinations in 38 countries had direct air links to China, which is around a third of the pre-crisis level.

>> Theme parks and museums are reopening across China, as attractions temporarily shut down in the US and UK amid the global outbreak of coronavirus. Shanghai Haichang Ocean Park will be reopening on March 20. It closed to the public on January 24 as part of China’s safety measures.

Disneyland, Walt Disney World and Disneyland Paris have temporarily closed in light of COVID-19. Disney previously closed theme parks in Tokyo, Hong Kong and Shanghai. On March 9, Shanghai Disney Resort partially reopened with a limited number of shopping, dining, and recreational experiences. The Shanghai Disneyland theme park remains closed, but the move marks “the first step of a phased reopening” in China, according to Disney.

>> Tens of thousands of Hongkongers have seen their holiday plans scrapped as the COVID-19 pandemic sweeps across Asia, Europe and America, with two major Hong Kong travel agencies pulling the plug on international tours.

The Travel Industry Council in the city said on Tuesday that more than 4,400 tour groups had been called off as of Monday afternoon, affecting nearly 140,000 travelers.

>> The number of foreign visitors to Japan plunged 58% in February from a year earlier, government data showed on Thursday, as the coronavirus pandemic takes a heavy toll of the tourism industry.

Total foreign arrivals, including those for tourism and business, declined to 1.09 million from 2.60 million in the corresponding month last year, the Japan National Tourism Organization said. It was the fifth straight month of declines.

Arrivals from China, normally the biggest source of tourists to Japan, sank 88% last month, the data showed, after it halted all tour groups to other countries over the virus. 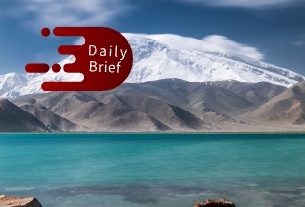