South Korea’s travel market enters 2020 with a sense of anticipation as well as trepidation as to what the first year of the new decade will bring the industry.

Consider the pivotal moments that happened in travel in 2019.

As the year ticked to a close and everyone was wondering if Asiana Airlines would go under, in came Hyundai Development with its last-minute rescue bid. The consortium has said it will inject $1.7b into the debt-ridden carrier – no one knows though if the rescue efforts will work.

With three more low-cost airlines set to enter the fray, consolidation can be expected and it happened. In December, Jeju Air announced it would take over a 51.17% stake in Eastar Jet for 69.5 billion won (US$60 million).

At WiT Seoul 2019, Seok Joo Lee, president of Jeju Air, said his airline would focus on three keywords to face the challenges ahead – one, FIT and digital transformation, two, China and new competitors and three, fleet and network.

As the year drew to a close (December 24), came the shocking news that Seoul-based private equity house IMM Private Equity will become the largest shareholder of HanaTour Service, in a capital increase by South Korea’s No 1 travel agency.

According to HanaTour, IMM PE will buy HanaTour’s newly-issued 2.3 million common shares, or 16.7% of the outstanding shares, for 134.7 billion won ($115.8 million). HanaTour Chairman Park Sang-hwan, currently the biggest shareholder, with 7.83% voting rights, had alluded to the changes to come at his company at WiT Seoul 2019.

Acknowledging the intense competition between OTAs and startups in the FIT market, he said Hanatour required “a new business model that could satisfy customers’ various needs” and “on-demand” products.

Yanoja, South Korea’s leading accommodation booking site operator, which took in a US$180m investment round led by Booking Holdings in June 2019, announced a few months later that it would acquire Dailyhotel, the country’s largest booking platform for luxury hotels and restaurants.

Yanolja said the acquisition was part of efforts to further diversify its business portfolio to transform into a comprehensive leisure platform provider.

Beyond these pivotal moments, South Korea’s travel market has proved its resilience in a challenging year. Tensions with Japan over wartime history and trade policy led to steep drops in travel to one of its top destinations (60% decrease in September 2019), which must have hurt companies reliant on South Korea-Japan traffic.

“These are certainly interesting times for South Korea,” said Yeoh Siew Hoon, founder, WiT. “It’s a market that challenges you to think, and not to just accept what you see, but to question and to really get to know the nuances. This, we have learned after four years of organizing WiT Seoul – it’s a market that takes time to get to know, but it’s well worth the investment.”

Added Min Yoon, co-founder of WiT Seoul, and CEO of Tidesquare, “We’re excited about the fifth WiT Seoul. It’s been a challenging 2019 but challenges bring with them many opportunities and innovation always happen at the edge. I feel the South Korean market is at the edge of something new and we will unearth the opportunities that await those who are ready to adapt for the new decade.”

With its theme of “A Bird’s Eye View: 2020 and Beyond”, WiT Seoul 2020, set for April 22 and 23 at the Millennium Hilton Seoul, will examine these pivotal moments, and more, to debate and discuss their implications on the evolution of travel in the country. Last year, more than 350 delegates attended WiT Seoul. 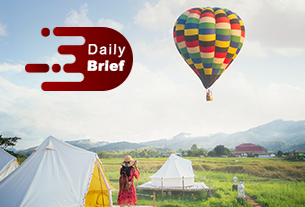 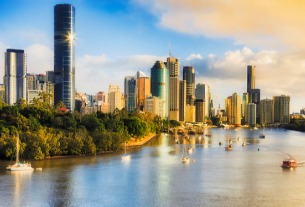 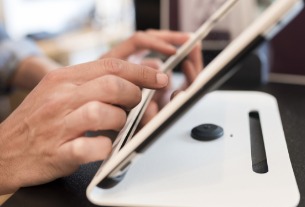