Airlines including Qantas, Emirates, AirAsia, and mainland Chinese carriers all cut frequencies to Hong Kong in the fourth quarter.

United Airlines (UA, Chicago O'Hare) expects to record a non-cash impairment charge of USD90 million for its fourth quarter due to plummeting demand for the Hong Kong Int'l market and a resulting decline in unit revenue.

“For fourth-quarter 2019, the company expects to record a special non-cash impairment charge of USD90 million associated with its Hong Kong routes. The company conducted its annual impairment review of intangible assets in the fourth quarter of 2019, which consisted of a comparison of the book value of specific assets to the fair value of those assets calculated using the discounted cash flow method,” the carrier explained in a statement posted on its website on January 7.

“Due to a decrease in demand for the Hong Kong market and the resulting decrease in unit revenue, the company determined that the value of its Hong Kong routes had been fully impaired. Notwithstanding such impairments, the collateral pledged under the company's term loan continues to be sufficient to satisfy the loan covenants.” 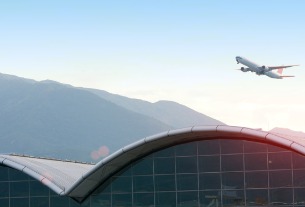