Buoyed by its booming supply, fragmented market and high margins, the lodging sector continued to be the apple of investors’ eyes. The most well-known example was OYO, which achieved a $1.5 billion Series F round in 2019. Life House, another newcomer in lodging, raised $100 million in private equity this year.

Hotel booking company RedDoorz has also emerged as a leading lodging startup, thanks in part to its $45 million Series B round announced in July and a $70 million Series C round a few weeks later.

In October, vacation management company Vacasa achieved unicorn status after securing a $319 million investment – the largest Series C round in private accommodation. This funding round was announced just a week after the Portland, Oregon-based company closed a deal to acquire Wyndham Vacation Rentals for $162 million.

But Vacasa was not the only new unicorn in the space. Sonder reached the status after closing a $210 million Series D round in July.

Despite the fragmentation, the tours and activities segment continued to make inroads in 2019 as a growing component of online travel.

GetYourGuide bagged $484 million in May 2019, bringing its total funds raised to over $650 million. One month before that, Hong Kong-based Klook raised another $225 million. The company has over $500 million since launching in 2014. A notable connection here: SoftBank invested in both rounds, fueling speculation about the futures of both companies.

Will these trends in funding for travel startups continue in 2020?

“I don't see the momentum in online travel investing slowing down anytime soon,” says Erik Blachford, venture partner at Technology Crossover Ventures. “I think the focus is shifting from the booking experience to the in-destination experience.”

Blachford adds: “I think that we're just scratching the surface in terms of the application of 5G, geo-targeting and really interested content development all coming together to make for a better in-destination experience.” 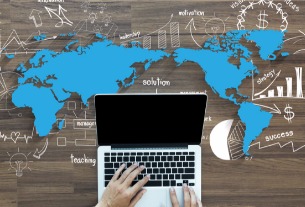