Expedia Group yesterday announced the resignation of Mark Okerstrom as CEO and a member of the Board of Directors and CFO Alan Pickerill, effective immediately.

Barry Diller, Chairman of the Board, and Vice Chairman Peter Kern, Director of Expedia, will oversee the company's executive leadership team, managing day-to-day operations, while the Board determines the long-term leadership of the Company.

Eric Hart, the Company's Chief Strategy Officer, will serve as acting CFO. Ariane Gorin, who most recently served as President of Expedia Partner Solutions, is being promoted and will have an expanded role as President, Expedia Business Services. 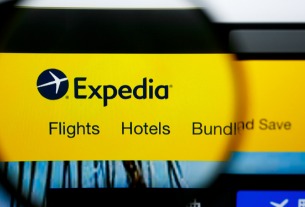 Expedia in latest exit from hospitality tech sells Alice
©2022 广州力矩资讯科技有限公司 粤ICP备06070077号
Tell us more about yourself!