Embraer, which makes commercial aircraft with a capacity of 150 seats, plans to introduce its latest single-aisle E195-E2 jets, the biggest ever built by Embraer, to the China market.

The company, which makes commercial aircraft with a capacity of 150 seats, plans to introduce its latest single-aisle E195-E2 jets, the biggest ever built by Embraer, to the China market. The company said it is an ideal aircraft for growing regional business and complementing existing trunk line fleets, and is suitable for point-to-point flights among second-tier and third-and fourth-tier cities.

"With continuously rising local demand from second-and third-tier cities, China has introduced a series of favorable policies to support the development of regional aviation. This will create great market potential for aircraft with up to 150 seats. We are proud to keep pace with the growing industry," said Guan Dongyuan, senior vice-president of Embraer and president of Embraer China.

Last year, civil aviation passenger traffic reached 610 million, and it continued to grow at a double-digit rate, adding 10.9 percent year-on-year, according to the Civil Aviation Administration of China.

Among the total passenger traffic, the Beijing-Tianjin-Hebei region, the Yangtze River Delta, and the Guangdong-Hong Kong-Macao Greater Bay Area have witnessed the largest passenger flows, but the growth rate in those mature and saturated markets had been relatively slower when compared to smaller cities.

In April, the E195-E2 model received certification from the Brazilian Civil Aviation Agency, the US Federal Aviation Administration and the European Aviation Safety Agency, and it is waiting to get certified by the Chinese authority.

Embraer, the third-largest aircraft manufacturer after Boeing Co and Airbus SE, is now in discussions with domestic carriers about the potential purchase of its latest aircraft model. 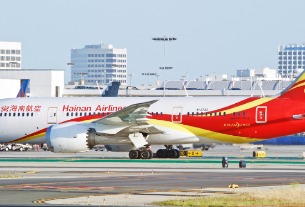 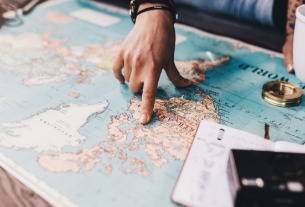