Home > > What If Accor acquires Oyo?

What If Accor acquires Oyo?

It takes three to four years for Accor to build a hotel in India thus investing in an existing successful chain is far and away the best way to quickly gain a strong foothold.

Global hotel chains are often anything but direct. Look how they coin terms such as limited service, select service, lower midscale, to describe affordable accommodations. And most have avoided going lower than those levels to hit the floor where nightly rates are at $24, to use Oyo Hotels’ average room rate globally last year.

None have scaled this segment as Oyo has. Now in its sixth year of operation, Oyo says it has around 750,000 rooms, more than Accor, which Oyo’s research shows has around 685,000 rooms. Yet, despite Oyo’s global scale and funding of more than $1.7 billion from backers such as SoftBank and most recently Airbnb, global hotel chains largely still don’t see it as a competitor, or a true hotel company.

But what if one of them buys, or buys into, Oyo or another budget hotel chain?

Last month, the Economic Times of India speculated that Accor was in advanced talks to invest up to $40 million in Oyo’s rival, Treebo, citing people who were aware of the development.

Hotel investment gurus said they won’t be surprised if Accor romances the idea of an acquisition in the budget hotel space, for several reasons.

Firstly, it is “so Bazin” to be bold, acquisitive and experimental, they said. Accor has acquired no fewer than seven non direct hotel companies since 2016.

Secondly, Accor’s roots were in economy, so the chain isn’t a stranger to budget. It continues to operate its Formule 1 hotels, now called HotelF1 in France, and more recently spun off an Ibis Budget brand from its economy brand Ibis, which shows it wants a piece of the low-cost hotel market.

“Prominent hotel operators have turned a blind eye to this space due its unit economics,” said Nandivardhan Jain, CEO of Mumbai-based Noesis Capital Advisors. “The last four years have seen new hotel aggregators or technology-focused hotel brands converting this unorganized room inventory into an organized market. But it has its own operational and financial challenges.”

Guest experience is a major one. While new entrants have done decent work on booking experience, hotel visibility on online platforms and property management system and support, at ground level the majority of the inventory have yet to see any significant operations level change in guest experience, maintained Jain.

“Until guest stay experience improves, it’s difficult to build a loyal customer base, which is critical for a longterm sustainable growth. These hotel facilities require an operational bandwidth with the right manning, training, on-site technical support, for better efficiencies. Till now most of the aggregators use deep discounting as a vital tool to attract customers,” he said.

This raises the main question, given the ownership and operating model of the likes of Oyo, which effectively is franchising and distribution of a wide array of properties in both product and service quality, can the sector be successfully branded on a sustainable basis? 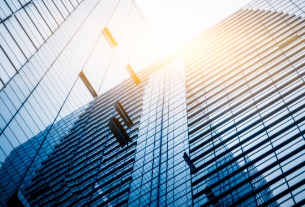 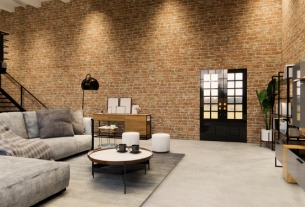 How Accor and Jin Jiang build the "third space"
©2021 广州力矩资讯科技有限公司 粤ICP备06070077号
Tell us more about yourself!