China is seeing a growing market of parent-child tours, which account for up to 60 percent of the overall domestic and overseas travels, according to a survey conducted by the China Tourism Academy.

For this year's Children's Day, which falls on Saturday, Deng Mo and his wife drove their son to the city of Suzhou, about 100 km away from Shanghai where the family live.

Many parents similarly spent the weekend with their children, according to Shanghai-based online agency Ctrip. The platform said bookings for parent-child hotels increased nearly 60 percent year on year this weekend, with Sanya, Shanghai, Hangzhou and Suzhou among the most popular destinations.

China is seeing a growing market of parent-child tours, which account for up to 60 percent of the overall domestic and overseas travels, according to a survey conducted by the China Tourism Academy.

More than 80 percent of respondents in the survey believe parent-child tours can bring joy for a whole family, and 96 percent want to go on such tours.

Many parents regard such tours as a way of education. According to Shanghai-based online travel agency Lvmama, bookings for tours involving museums in the first four months of 2019 increased 45 percent year on year.

Ctrip said that for the upcoming Dragon Boat Festival, searches for destinations for parent-child travels had increased 200 percent, and Shanghai, Shenzhen, Guangzhou and Hangzhou were wildly popular. According to Lvmama, historical and traditional activities during the festival are favored by parents.

Even overseas travel agencies have caught wind of this huge market. Costa Venezia, the first ship designed by Costa Cruises, the Italian brand of Carnival Corporation and built specially for Chinese guests, has entered the Chinese market. Many facilities and activities were designed especially for parent-child visitors to meet the growing need in Chinese market.

The family tour market will continue to grow during the summer vacation from July to August, according to Ctrip and Lvmama. 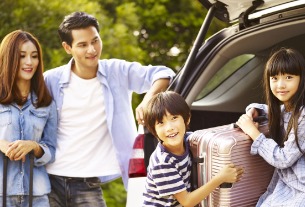 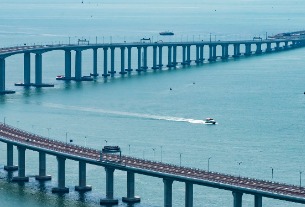