Wegogo is one of the few companies that started its operations via WeChat that most young people are comfortable using.

Wegogo CEO Mak Chee Wah said, “60% of the travellers in China are FIT or free, independent travellers. Why? Because the young people really adept to online maps, content, and the handphone that they use. I think that this percentage of FIT will increase from 60% onwards.”

Wegogo’s user base is mostly Chinese FITs, Chee Wah revealed. Wegogo is one of the few companies that started its operations via WeChat that most young people are comfortable using.

Chinese travellers are known for being big spenders while they travel. According to a survey, 36% of Chinese travellers spent between USD 81-324 per day; 28% spent between USD 324-810 a day; and 15% spent USD 1,619 per day and 2% spent USD 8,095 a day. The data shows that there is an extremely rich group of Chinese who are increasing the spending average.

The company plans to recruit Pathfinders who are travel enthusiasts that will add content on the site and will help readers discover and book experiences that they might not find on their own. Content will be rewarded with WeGold, which is the company’s cryptocurrency that can also be used as payment. 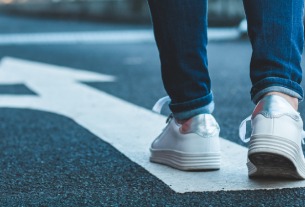 Agoda report: nearly 40% Chinese travelers look forward to travel with family and friends
©2020 广州力矩资讯科技有限公司 粤ICP备06070077号
Tell us more about yourself!