The launch of Rezen Hotels, Ctrip’s first high-end hotel brand, marks the group’s strategy to branch out to the high star-rating hotel sector.

Ctrip unveiled its hotel management brand Rezen Hotels Group at the ongoing World Cultural and Tourism Forum on October 9. The group aims to bring together top-rated hotels in China’s first- and second-tier cities and help them improve performance and services with big data analysis backed by Ctrip.

Also, the newly-announced Rezen Hotels Group signed a strategic agreement with Shanghai Jinmao Hotel Management. Both parties will collaborate in hotel branding, big data application and improving conversion rates. In the next three years, they will launch over 30 co-branded hotels, providing more than 6,000 rooms.

ChinaTravelNews has earlier learned that Ctrip intended to set up a hotel management company to re-brand hotels on a franchise basis, targeting hotels that used to focus on government and institution clients.

In April this year, Shanghai Hecheng International Travel Agency, a lodging affiliate of Ctrip, had registered the business logos of Rezen, Meibo, Yunbo and other catering and accommodation services, according to corporate data portal Qichacha.com.

The launch of Rezen Hotels, Ctrip’s first high-end hotel brand, marks the group’s strategy to branch out to the high star-rating hotel sector.

After three months of recruitment exercises, three Rezen hotels are operational, 15 have been officially signed and in the pipeline, and 50 more are in the process of negotiation.

Official sources revealed that more than 50 franchised Rezen hotels will come into operation by the end of this year, 250 by next year and 500 more in the year after. 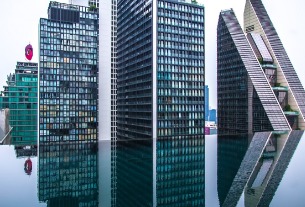 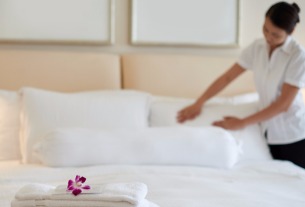