The Chinese hotel group had a market capitalization of around USD 12.8 billion as of June 26, trailing just behind Marriott, Hilton and Accor.

According to data from global market intelligence firm Capital IQ, the NASDAQ-listed Chinese hotel giant was valued at USD 12.8 billion as of May 31 this year, while IHG was at around USD 12.1 billion at the time.

As of June 25, Marriott remained the world’s highest value hotel group with a market capitalization of around USD 45.6 billion, followed by Hilton (USD 23.8 billion) and Accor (USD 14.27 billion).

Following a strategic alliance with French hotelier Accor in 2016, Huazhu now has master franchisee rights for Mercure, ibis and ibis Styles, and co-development rights for Grand Mercure and Novotel, as well as a 28% stake in Accor Luxury and Upscale Hotel business in the Pan-China region. Accor Chairman and CEO Sebastien sits on Huazhu’s board.

The two companies also have cross ownership in that Huazhu holds 4.5% of Accor and Accor holds 10.3% of Huazhu. (Translated by Jerry) 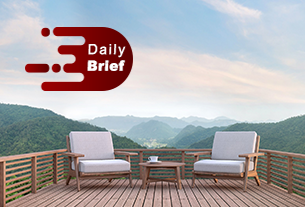