VisitBritain recorded a 33% increase in visits from China during the first nine months of 2017, and the national tourism agency estimates the full-year figure of about 330,000 visits.

What are the biggest achievements in China since the introduction of the reform and opening-up policy 40 years ago?

As an airline operator that has been flying to the Chinese mainland for nearly 40 years, we have seen increasing numbers of Chinese people traveling overseas and experiencing different cultures. Tourist departures have grown from 83 million to more than 130 million over the past five years, while outbound visits by Chinese residents also hit a record high of more than 130 million in 2017, up 7% compared to 2016, making China the world's biggest travel guest source country. Nowadays, Chinese citizens holding national passports traveling overseas are able to enjoy visa exemption or visa upon arrival in 68 countries and regions.

The UK has welcomed growing numbers of visitors from China in the past few decades. VisitBritain recorded a 33% increase in visits from China during the first nine months of 2017, and the national tourism agency estimates the full-year figure of about 330,000 visits.

How has your company benefited from the reform and opening-up policy?

At British Airways, we aim to become the preferred airline for Chinese travelers visiting the UK and Europe. We believe that our best leverage is our understanding of Chinese travelers and our commitment to making our service relevant and relatable to them. 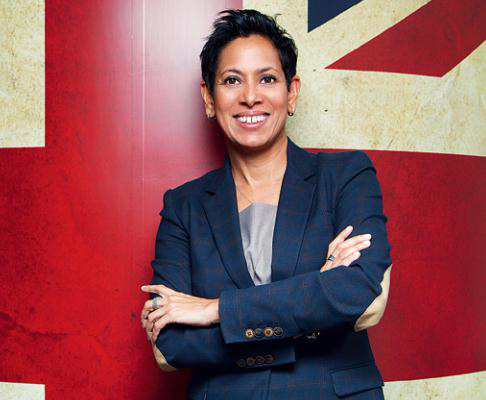 How do you view China's role in the world today?

For the travel segment, we are optimistic about the Chinese market continuing to present great opportunities for British Airways, and China, the world's largest outbound tourism market with 130.5 million overseas trips made in 2017, surely is an integral part of our global business blueprint.

Has competition intensified between British Airways and Chinese carriers?

Collaboration with other industry players is equally important in the aviation sector. Through collaboration, we are able to create a wider network with more resources, support and knowledge of the local market our airline partners are operating in. We have a long history of working with our valued partners in China. With the support from our parent company IAG and the collaboration with Chinese carriers, we are confident that British Airways can make even more contributions in this regard.