Home > > Airbnb overtakes Booking.com on traffic, but lags on conversion

Airbnb overtakes Booking.com on traffic, but lags on conversion

According to SimilarWeb, TripAdvisor‘s monthly traffic was in the first place among the top 10 OTAs in the US, but its conversion rate was only 0.1%.

According to SimilarWeb data, Airbnb.com’s traffic was 6% behind Booking.com in march 2017, but by march 2018 they held a 20% gain - leaving them behind only TripAdvisor and Expedia.

Much of Airbnb’s success is due to strong brand awareness. Out of our top 10 sites, they received the highest portion of direct traffic, while Booking.com has relied on non-branded organic search.

Airbnb’s app metrics also show promise; downloaded on 2% of all US android devices (less than TripAdvisor at 6.8%), the average daily time spent on the Airbnb app is 12:32 min, while TripAdvisor is 03:19.

Even as the top Hotel chains are trying to increase the volume of direct bookings they process through their sites, traffic to each of the top three dipped by between 5 and 10% over the previous year. 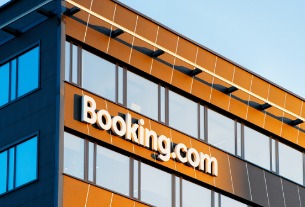 Booking.com hits out at EU rules it says will ‘hobble’ platform
©2020 广州力矩资讯科技有限公司 粤ICP备06070077号
Tell us more about yourself!