For the past two weeks, ChinaTravelNews reported on how Chinese tourists affect the travel sector, a series of Ctrip’s moves, and news of major players Meituan, Tencent and Airbnb.

“China will be, or maybe it is already, the largest market in the world, surpassing the US. With every year passing, Chinese travelers will get more and more comfortable moving away from Asia Pacific, and that has a huge impact on the hospitality industry,” said Sebastien Bazin, Chairman and CEO of AccorHotels, at a tourism development forum in Suzhou, China.

The impact of Chinese travelers has on the travel industry is not only apparent in outbound tourism, but also reflected by global hotel chains’ growing ambition in China’s domestic market.

In 2017, domestic and inbound tourism in China was projected to generate traffic exceeding 5.1 billion and total revenue of over USD 795 billion, contributing more than 10% to GDP and employment. FIT travelers, expected to account for more than 50% of the total outbound traffic, are becoming the game-changer and they are spending more on experience than shopping.

On the last workday of 2017, two Ctrip-invested firms, Tongcheng (LY.com) and eLong, announced to merge and form a new entity named Tongcheng-eLong.

Ctrip chairman James Liang and Tongcheng co-founder Zhixiang Wu will serve as the new entity's co-chairmen. Ctrip and Tencent, both previous investors in both Tongcheng and eLong, will be major stakeholders of Tongcheng-eLong.

Other than the consolidation, Ctrip has again topped China’s 20 biggest tourism groups with its diverse undertakings.

In restaurant booking, Ctrip is reportedly in talks with international catering platforms like foodpanda, Yelp, Chope, iMenu360 and MenuDrive in its plans to invest in overseas dining booking, the sector that domestic group-deal rival Meituan has showed interest in.

In hotel technology, Ctrip presented a "robot hotel receptionist" that is able to complete check-in through facial recognition within 30 seconds, indicating it is zeroing in on smart devices, PMS, and hotel resources.

In car-hailing, Ctrip has added chartered car and car rental services to its transportation offerings with Didi in and outside China, following domestic rival Meituan’s car-hailing services expansion into major Chinese cities including Beijing and Shanghai. The company has also launched a pocket WiFi translator on its platform by working with Chinese search engine Baidu. Distribution and rental of the translator devices are available in the United States, Japan, Canada and Hong Kong, resolving language barriers and connectivity issue for travelers at the same time.

Other major players in China

Before the end of 2017, Meituan Travel had registered 200 million room nights stayed, and it plans to build a "new accommodation" concept by combining "thoughtful service” and “technological innovation".

Airbnb is set to book its first full year of profitability, putting it in a rare class among other tech upstarts. It reported 180% increase in guest arrivals at listings in China, to one million in the third quarter of 2017. 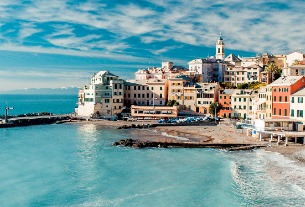