Home > > Distribution shouldn't be just about selling, count on data, too!

Distribution shouldn't be just about selling, count on data, too!

What encompasses "airline distribution" needs to evolve, and the same shouldn't be only about selling or completing a transaction, says Guoxiang Wu, SVP, Marketing Division, China Southern Airlines.

Wu, a speaker at the second edition of TravelDaily's Airline Distribution Conference in Shanghai, indicated that the time has come for airlines to record every interaction, garner data or information from any touchpoint. Of course, this would include all airline-owned touchpoints, but the focus shouldn't stop here. Airlines need to take a step forward, and even look at partners (say from co-branded card or a coalition loyalty program) or even  official accounts on 3rd party platforms (say on WeChat or Fliggy). What Wu essentially suggested is that airlines shouldn't only gear up for usual sources of data (behavorial, transaction, device etc.). Rather do plan for ways to go beyond attribution models that only contribute in understanding a particular booking funnel.

"Airlines have to respond to customers with a better (customer) profiling," said Wu.

According to Wu, the need for such move is two-fold.

First , travelling by air generally tends to be a low consumption model, so airlines need to learn more about their customers when they aren't travelling. Rather than just relying on a travel app that isn't opened as much as WeChat or any retail app, do look at other ways, say partnering with other merchants (from the petroleum or banking or retail sectors) to evaluate preferences and spending pattern of travellers when they are in the non-travel phase.

Second, when airlines know more about their customers, they can stick to relevant messaging and offers. "We need to stop irrelevant promotions," recommended Wu. A customer dictates the usage of the app, and without knowing the intent, preferences etc., any message or a even push notification can be end up being ignored.

In this context, the prowess of 2nd party data is increasingly coming to the fore. It allows various merchants as partners to assess the behavior (for airlines, the most luring part is understanding the non-travel phase)– what kind of stores customers shop at, what kind of restaurant do they eat at etc.Where airlines benefit as a category, despite falling in the low consumption product list, is the fact there is an "aspirational" value associated with flying. Flights are the most attractive and highly perceived value rewards, so by partnering with merchants from the other sectors, airlines can garner valuable information about customers at large, and then this data can be used to better profile them and eventually end up with relevant offers. Also, this collaborative route among merchants not only helps in attaining customer-centricity, but offset costs, say as part of a loyalty program. 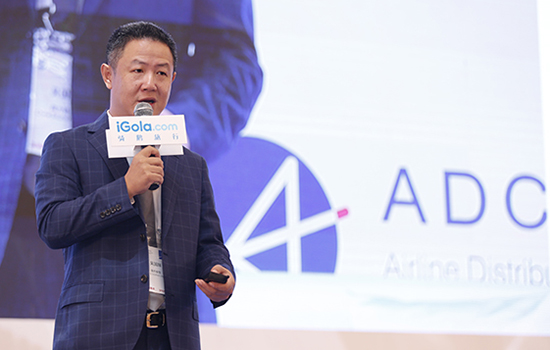 To understand "value", think of lifestyle

Wu referred to an anecdote, where he came across someone donning the role of a driver with a car hailing app, just for the sake of socializing and ensuring every moment is lived to the fullest. "Socialising, the choice of choosing a driver, car pool, hardly time for offline conversations, bored with traditional ways of spending money...this generation thinks and acts differently," said Wu. So airlines need to re-think about the attention span of today's generation, what satiates them and accordingly, how to offer more value from every single purchase. "Try to offer as much as information as possible, this only results in better decision-making," said Wu.

He also mentioned that airlines can commercially link data collection and insights by looking at the lifetime value of a traveller. "Loyalty isn't just about members of a frequent flyer program," said Wu. So if an airline is collecting quality data, then even infrequent travellers can be targeted with a relevant messaging or offer provided by various sources of data - 1st party data, 2nd party data (say from co-branded card or a coalition loyalty program) and even making the most of 3rd party data.

"You have to progress and even grow with the customer as per the lifecycle of the customer," said Wu. As for what to expect from technology in terms of selling and serving each passenger in a unique way, Wu mentioned that airlines can look at personalisation and every seat. It is time for airlines to expect technology to deliver personalisation i. e. price and service by seat. 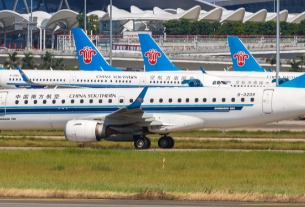