A total of 705 million tourists traveled around China during the national holiday, generating RMB 583.6 billion (about USD 87.7 billion) of revenue, the China National Tourism Administration said.

Tourism has been booming in China during the National Day holiday, benefiting the economy of China and many other countries, official data on Sunday showed.

A total of 705 million tourists traveled around the country during the holiday, generating 583.6 billion yuan (about USD 87.7 billion) of revenue, the China National Tourism Administration (CNTA) said.

Provinces with major scenic spots have seen rising numbers of tourists, with southwestern Guizhou having hosted over 46 million tourists who spent 30.5 billion yuan during the eight days, up 42.1 percent and 43.5 percent year-on-year respectively, said the CNTA.

Inner Mongolia in north China was visited by 106.2 million tourists who spent 8.3 billion yuan, up 24.5 percent and 38.3 percent respectively.

Most Chinese have chosen to indulge in food, cultural and rural tourism this year. Theme parks, museums and traditional culture streets have also seen an obvious growth in the number of visitors, according to the CNTA.

The booming tourism was accompanied by busy traffic. Take railway as an example, over 110 million trips by railway have been made since the holiday travel rush started on Sept 28, the China Railway Corporation (CRC) said.

The CRC scheduled thousands of extra trains during the holiday to ensure smooth travel. Likely, airports have seen a growing number of passengers, and highways have been burdened by more vehicles.

The economic impacts of China's mobile population have also been felt worldwide as more Chinese have opted to travel overseas.

Data compiled by the CNTA showed that about 6 million Chinese from nearly 300 cities traveled to 1,155 cities in 88 countries or regions during the National Day holiday.

China's domestic tourism industry earned about 3.9 trillion yuan in 2016, and the country plans to raise tourism revenue to 7 trillion yuan by 2020.

The nation will work to develop tourism into a major driver of economic transformation. By 2020, investment in tourism is expected to grow to 2 trillion yuan, and the sector will contribute more than 12 percent of GDP growth, according to a State Council five-year tourism plan (2016-2020). 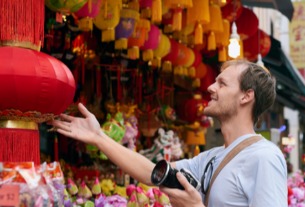 China's inbound tourism count, revenue were up 5% in first half 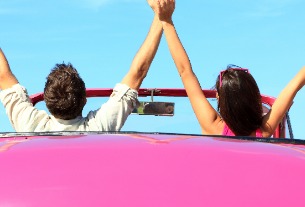