Home > > Blockchain: beyond the hype

Blockchain: beyond the hype

In the past two years, “blockchain” has become a magic word, able to open doors and investor wallets, panic industry juggernauts, and guarantee headlines.

Blockchain is self-descriptive: blocks of data are sequentially added to a chain of similar blocks. All blocks in a chain must follow the same set of rules, established from the first block. As each new block of information is added, the entire chain is tested to make sure nothing is out of place. Chains are unbreakable or “immutable”–once a block is in place, it can’t be moved or changed without taking the whole chain apart. At its core:

*  Blockchain is a framework optimized for immutable, distributed, public ledgers. It allows the direct transfer of value between parties without requiring those parties to trust each other. The value can be any digital record—currency, property, identity, loyalty, votes, media, etc.

*  Blockchain is not a single thing; it’s a set of ideas. Blockchain protocols (like those defined by Bitcoin, Ethereum, Hyperledger, etc.) are essentially programming languages— each has various strengths and weaknesses.

*  Blockchain is nascent in its development. At an MIT-hosted conference on blockchain in April, blockchain was compared to the 1989-1990 Internet—a time when today’s protocols (like HTML) were still being figured out. This comparison suggests: 1) blockchain could have a powerful and widespread future; 2) blockchain still has a very long way to go; and 3) blockchain is ripe for experimentation.

Gartner Inc. has placed blockchain on their Hype Cycle near the “peak of inflated expectations.” According to their model, this means blockchain may slide into the “trough of disillusionment” for a period of years before it comes into its own and has a transformative and lasting impact.

The number of companies working on blockchain is increasing exponentially. The Ethereum protocol alone has over 500 decentralized applications live or under way, and new blockchains are being launched weekly. At present, an array of governments, businesses, non-profits and ad hoc collectives are using blockchains in a breadth of ways hinting at its future potential.

*  Businesses are committed to and experimenting with blockchain platforms and protocols. The two most significant concentrations are around the open-source Hyperledger project and the Enterprise Ethereum Alliance.

*  Blockchain-based currencies have the potential to bring the entire world into a digital economy. Governments, banks and non-profits are testing blockchain-based cryptocurrencies, with the potential to bring digital financial services to everyone, including 2 billion people in developing nations who have never had access to a bank or credit card.

*  Every good—physical or digital—can have a unique permanent record (a ‘passport’) stored in blockchain. Outside finance, the hottest growth area for blockchain seems to be transforming supply chains to better track goods between businesses and across borders, helping guarantee authenticity and eliminate counterfeiting.

*  Blockchain has the potential to change the shape of public information. Blockchain-powered projects providing services similar to Facebook, YouTube, Twitter and countless other major platforms are proposed or in development with the goal to return ownership of assets to the individual and assure freedom from censorship. 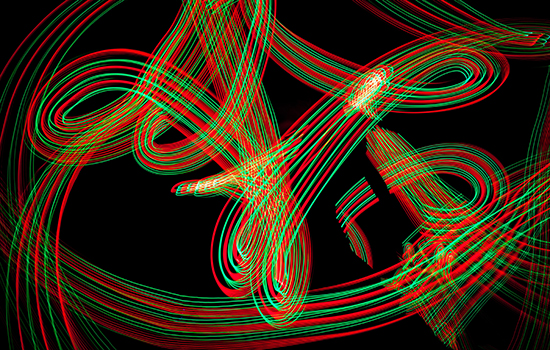 Blockchains are being hyped as the end to silos, corruption, lack of transparency and insecurity. But in taking a wider look at the tech landscape, it’s still unclear in which cases blockchains will offer a favorable value proposition over other kinds of ledgers, including traditional databases.

The touted immutability of blockchains is both a pro and a con. If the data is correct and the protocol is secure, then immutability is a tremendous benefit. But whenever something is recorded incorrectly, or a loophole is found and exploited in the original protocol of the blockchain, those problems are very difficult to resolve. With nodes as partners, there is no “higher authority” to appeal to if/when something goes wrong.

Private blockchains “solve” the higher authority issue, since every node within a blockchain is controlled by a business, coalition or government. But in many of these cases, it’s unclear why blockchain is necessary. Existing database solutions can be built with most of the same features as blockchain and can often be implemented at lower costs with existing infrastructure.

Since the rules for a blockchain are established from the first block, what effectively occurs in a public blockchain is a shift in trust: instead of trusting an institution to create and maintain data records, participants are asked to trust that whatever entity creates the initial block does so in a clear and secure way, that data is then entered correctly, and that the majority of nodes remain committed to the original goals of the system. In a private blockchain, trust is similar to today: you trust whatever entity (or entities) controls the network.

Blockchain appears to excel when you need a clear and immutable record of any type of information (such as location or ownership) to be accessible to multiple parties who may not trust one another. We’re beginning to see blockchain prototypes emerging in the travel space:

*  Webjet is piloting hotel room inventory on blockchain, to collect exponentially more data with each booking and ensure prompt and complete payment to all parties.

*  Hotel and airline loyalty programs may transition to block­chain to help streamline tracking of loyalty points and simplify conversion and redemption across all players.

*  Airbus has brainstormed blockchain possibilities, and is part of the Hyperledger blockchain consortium; their test project is to use blockchain to create industry-wide tracking of pilot diplomas, certifications and qualifications.

Even the most bullish blockchain proponents acknowledge the need for some centralized or trusted authorities within complex business systems. In travel, centralized players are necessary to help ensure proper identity, policy compliance, reporting and security.

The cost and potential regulatory liability of moving billions of transactions to a new and barely-tested eco-system is extremely prohibitive, as is the challenge of consensus around a new platform.

This is not to say that travel distribution functions will never be provided via a blockchain. But when these develop, they will most likely be on a private blockchains, and implemented only after extensive testing and validation of the security and safety of the platform. And there would still be a central, trusted authority, helping manage compatibility and compliance within the blockchain system.

Regardless of which projects get off the ground, blockchain looks to have significant long term impact inside and outside the travel industry.