A central data management system is not so suitable to the requirements of the complicated network of civil aviation authorities.

With blockchain technology still a relatively new kid on the block in the mainstream, its utilization in aviation systems is still in its infancy. Nonetheless, several processes are already deploying blockchain systems well. Altogether, the tech’s distinct ability to share information instantly and securely between relevant stakeholders, whether they are carriers, passengers, or manufacturers, gives endless opportunities for blockchain. Thus, we can expect its usage to catalyze in 2022.

One particular sector that will benefit significantly from blockchain is the supply chain. For instance, the market spends $50 billion on spare aircraft parts. However, airlines, suppliers, and lessors waste so much time in the manual tracking and tracing of the equipment. So, the introduction of blockchain will do wonders to efficiently record transactions between all those involved. Overall, time and funds are saved with a refined approach.

Additionally, with a clear record of numerous transactions on display, inconsistencies can be identified, which will lead to operational improvements. Subsequently, further mishaps can be addressed in the long term.

Ultimately, during this period of transition within the aviation industry, every penny counts. So, we can expect more and more suppliers, manufacturers, airlines, and airports to turn to blockchain to drive efficiency this decade. 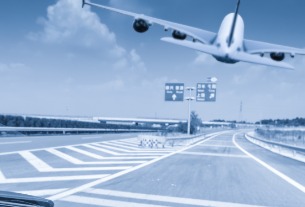 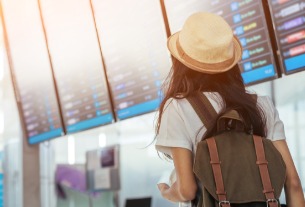 Optimization of COVID policy to boost resumption of aviation industry
©2022 广州力矩资讯科技有限公司 粤ICP备06070077号
Tell us more about yourself!