Emirates' decision to make their offerings available for booking on Alitrip (Fliggy) via an NDC API indicates the readiness of intermediaries in China to embrace new developments.

ChinaTravelNews, Ritesh Gupta - Airlines have been looking at ways to refine their technology set up to gain sufficient control over what they sell.

The combined impact of complexity in both technology and distribution isn’t easy for airlines to deal with. But as new ways of connectivity emerge, airlines have been looking at options to serve rich content and make special offers to indirect channel partners, for instance bundled ancillaries tailored for a particular intermediary.

The decision of airlines to let sales partners connect to IT systems directly based on the IATA NDC standard also recently resulted in a new development in China.

Emirates finalized a deal with Alitrip (Fliggy) to distribute their rich content and ancillaries via an NDC connection. The airline’s flagship store on the e-commerce site is being facilitated by Emirates Online B2B, the airline’s IATA NDC API powered by Farelogix. Airlines, of course, aren’t shutting the door on GDS as the latter’s contribution in terms of reach, high yield customers etc. can’t be ignored. But airlines are definitely looking at ways to being in control of their distribution and complement their decision to invest in their product, be it for aircraft, meals etc. In case of Alitrip, Emirates has also chosen Alipay to ensure a transaction comes through in one ecosystem of Alibaba.

Commenting on the significance of this move by a global carrier tailored for the Chinese market, Jim Davidson, CEO, Farelogix said, “API distribution by airlines will become ubiquitous. Not tomorrow, but probably faster than we think. (It exemplifies) as more third parties, particularly new entrants such as Alitrip, enter the distribution space, their ability to connect to airline APIs becomes cookie cutter and the preferred connection methodology after the first few are completed.” The Emirates Online B2B API has been in production for several years. The airline offers options such as desktop application as well as API for indirect partners to get associated with it. The airline recently shared that their platform now features advanced seat selection and payment, supported by rich content integrated with graphical seat maps. According to Farelogix, the usage of the same would ensure that one would be able to “make and manage bookings out of the Emirates reservation system without any third party intervention.” For their part, Alitrip shared that it would now gain access to “content that was not available through the intermediaries” the OTA previously relied on to deliver Emirates content to their consumer booking engine.

Davidson mentioned that APIs have to operate with a lot of capabilities in order to work with the likes of American Airlines and Lufthansa. Explaining this, he said, “The early APIs focused on the ability to simply make a reservation, or booking. Today’s APIs have to enable all the various capabilities around the initial reservations, but go far beyond into the complex world of servicing (change, refunds, split PNRs, corporate bookings, etc.). Today’s NDC airline APIs require a significant amount of what we call “augmentation” or integration work with the end user, such as travel agencies, OTAs, GDSs, etc. If an airline API does not support certain critical functionality, the adoption and usage will be limited.”

A specialist like Farelogix provides a technical support of the actual integration work being performed by the OTA. Farelogix maintains a group call ProServices that supplies technical integration engineering support. The team also provides API documentation and a developer portal which supports airline API integration development, testing, and production.

“It is not simply an airline publishing its API and expecting third parties to come and easily connect and integrate the API functions into existing workflow and operations. There is a significant amount of work that needs to be done,” asserted Davidson.

As for what sort of work was required to make it click with Alitrip, Davidson shared that Alitrip configured and connected to the API and then took care of any internal work (modifications/enhancements required on the Alitrip user interface(s) and workflow) to be able to display and sell the airline content in the store.

During our previous interactions with OTAs in China, it emerged that NDC wasn’t really moving swiftly in this marketplace. For instance, while direct connect initiatives majorly featured carriers in China and OTA and not necessarily based on NDC, foreign airlines had mainly relied on the GDS route for ecosystems such as Alibaba.

An experienced executive in China mentioned that airlines and intermediaries need to look at standardization for connectivity.

“Standardization means organizations accept a common set of protocols - this is how we are going to structure the product, sell the product and how entities will connect. And that’s essentially what NDC is propagating," said the source. “But the crux of the issue, there are legacy ways (so if you assess code of an airline API vs. what’s available on TravelSky vs. what’s on Amadeus – it’s not standardized) of doing the same.  And there is lack of execution as far as standardization is concerned.”  The source added, “The difference (in how different selling systems differ) could be how you label a fare family, or whether there is a concept of lounge access (coding for the same and selling it via a GDS). What is the concept of a checked-in bag on a GDS, whether you want to offer it free or whether you want to charge for the same? All this needs to be simplified via standardization.”

The source added, “Proprietary API is “my own” way of connecting into a PSS. Language isn’t really a hindrance, as APIs are about facilitating connectivity. It is meant to be language agnostic, and connect one system to another. Common protocol lets two systems understand and interact with each other. So definition of seats, baggage fare etc. becomes clear. So if there is a query from a system - how many seats of this class, category are available at this point of time, when this based on a pre-defined protocol, then the other system would be able to respond. And that’s how connectivity between systems work. In case of proprietary ones, this wouldn’t work. And with NDC there would be convergence, doing away with such irregularity.”

Even in case of IATA’s NDC XML standard there has been criticism in terms of too many versions, and too much flexibility meaning implementations haven’t been uniform?

“Early on this was certainly the case. With IATA NDC version 17.2, IATA has done a much better job with stabilization. The biggest challenge remains with the GDSs and their ability and willingness to accept airline APIs. This will of course change over time, but in the meantime, airlines and agencies remain at a disadvantage when it comes to providing expanded content for consumers selecting to purchase travel through travel agencies,” said Davidson.

He added that the general mistake most airlines make is to underestimate what it takes to adopt and execute on a strategy of NDC API distribution.

“It takes more people and new processes to be successful. FLX Open Connect enables airlines to much more quickly create, test, and deploy new content than traditional means. The airline decides what to deploy rather than the distribution technology or commercial agreement dictating what can be done,” he said.

As for OTAs and meta-search engines, they not only need to be capable of accepting airline APIs. Their next hurdle is to make the necessary adjustments in their display and selling workflow to accommodate content beyond the traditional fare and seat sell.

After the successful debut of China Airline Distribution Conference in 2016, TravelDaily China will host the second edition on October 18-19 in Shanghai with focus on Breaking the Barrier and explore new business opportunities. Click here to learn more. 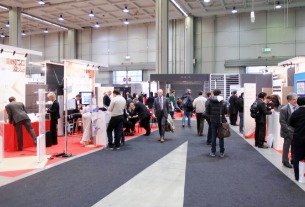 Reed Exhibitions back in business in China 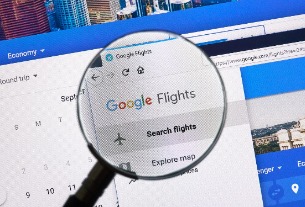 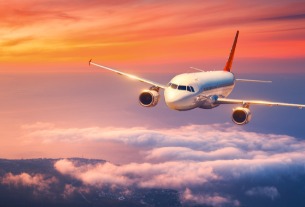 Emirates resumes flights to Hong Kong
©2020 广州力矩资讯科技有限公司 粤ICP备06070077号
Tell us more about yourself!